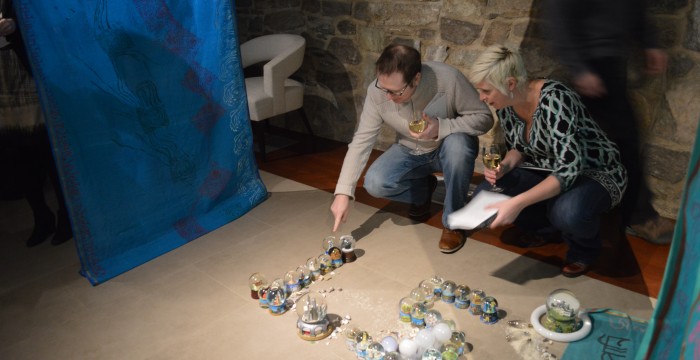 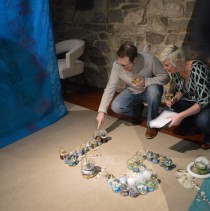 Video made in collaboration with Leena Jayaswal. Edited by Shefali Akhter Shetu and Monica Jahan Bose.

One point five degrees is the maximum increase allowable from preindustrial global temperatures to avoid catastrophic effects of climate change. This was adopted as the “aspirational” goal of the Paris Agreement by 195 nations in December 2015. The agreement limits the temperature increase to no more than 2 degrees, but aspires to keep the increase within 1.5 degrees. Island and low-lying countries like Bangladesh vehemently pushed for 1.5 degrees. We have already increased the world’s temperature by almost one degree. The installation speaks to climate resilience.

The saris were printed and painted in collaboration with women from my ancestral village on Barobaishdia Island, Bangladesh. These women have recently learned to read and are confronting, learning about, and adapting to climate change. The island may become submerged unless the world takes action. The video is a sample from my future film “Rising Up to Climate Change: Storytelling with Saris.”

The used lightbulbs were collected from DC residents in Ward 1 and 2, including S&R artists and staff and Halcyon fellows and staff, who I encouraged to switch to LED lights to reduce their carbon footprint. The snowglobes are part of a 30-year old family collection, visually representing the world drowning from climate change. 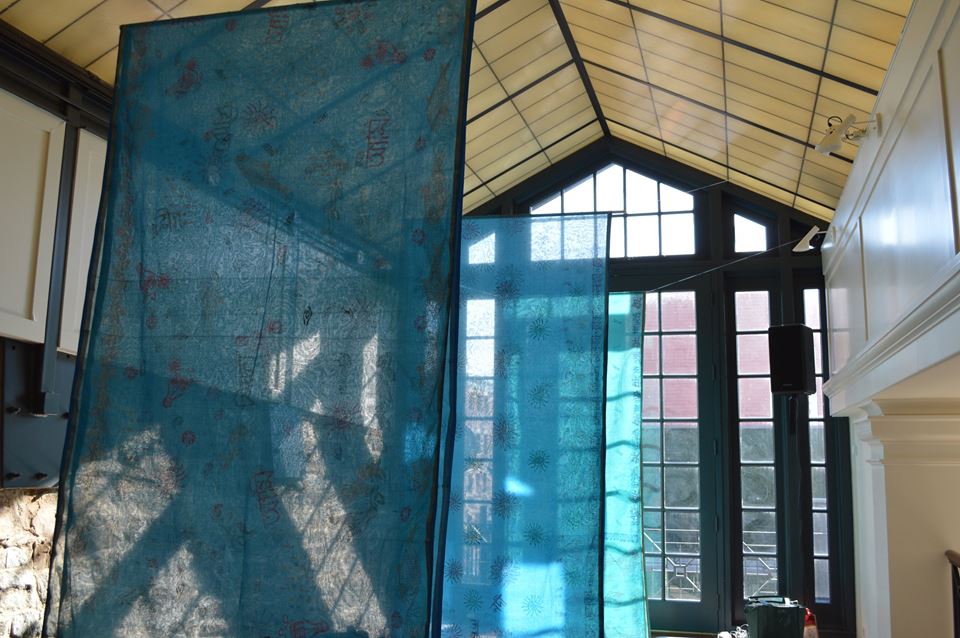 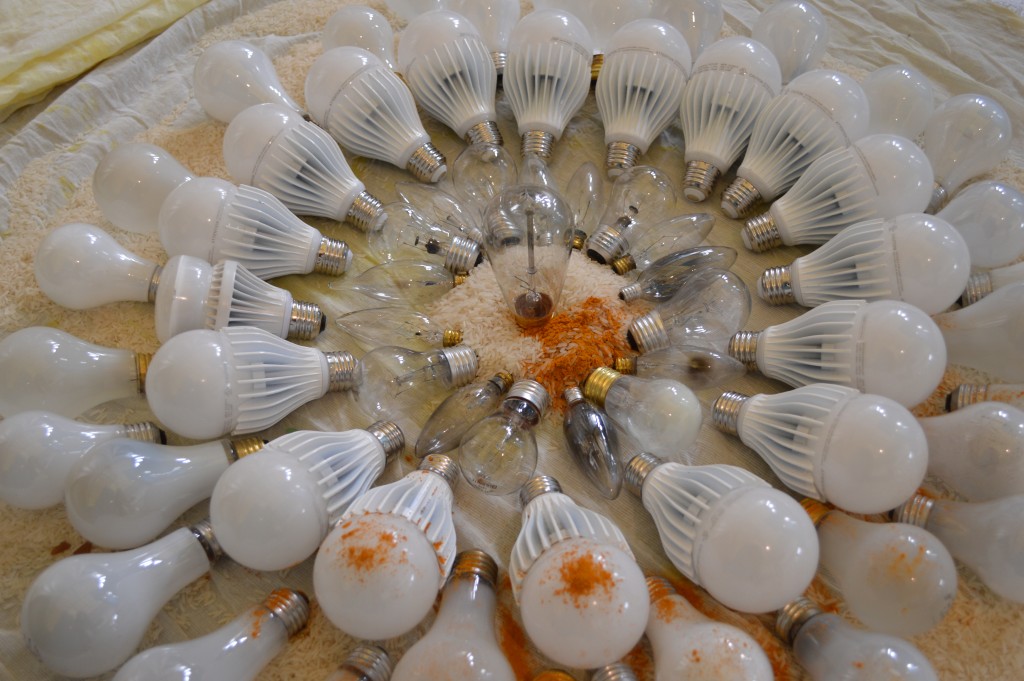 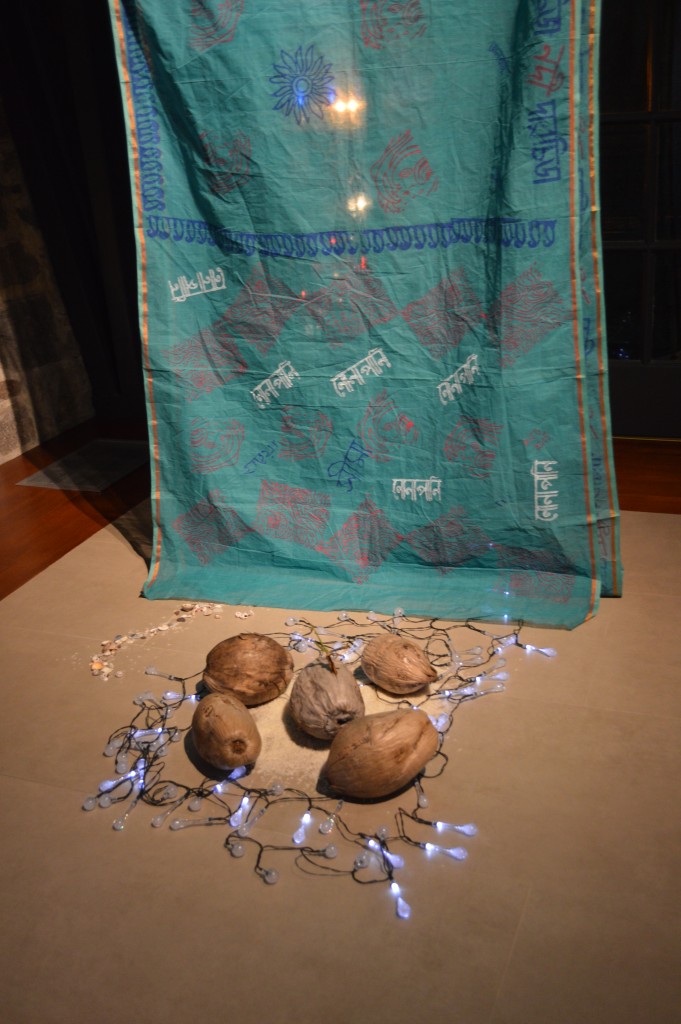 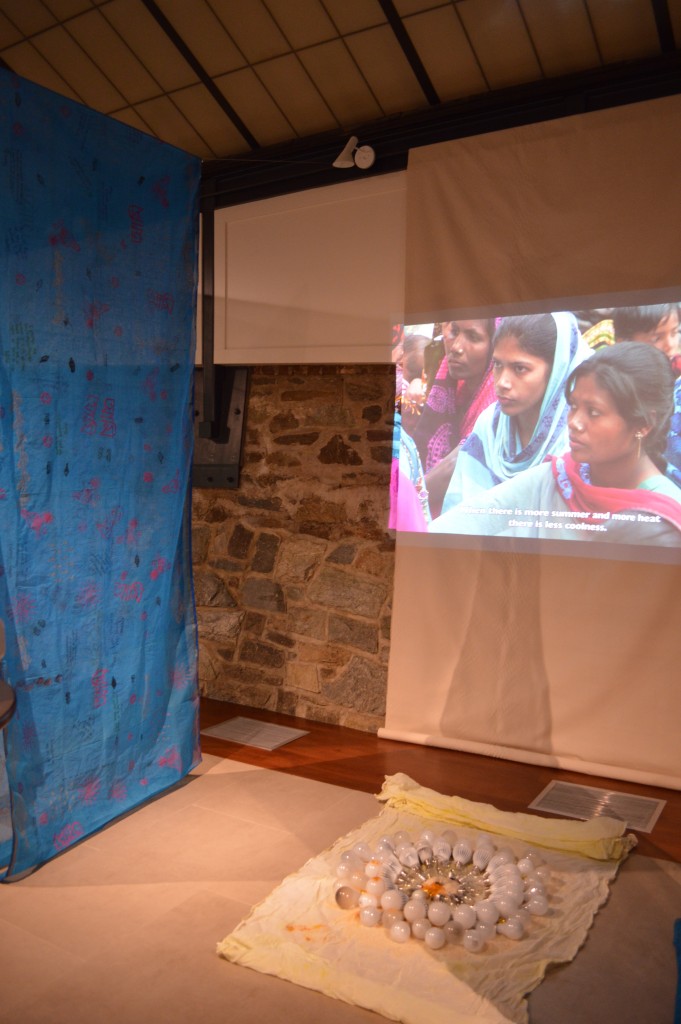