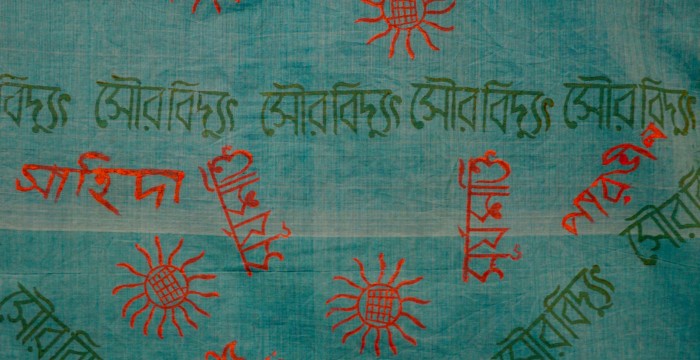 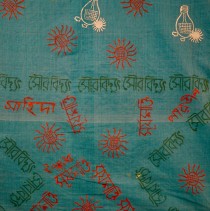 When I visited Katakhali Village, Patuakhali district in 2013, I immediately noticed small solar panels on several homes and even on the fishing boats. I asked the women where they got them, and they explained to me that they were purchased on a three year plan and that they paid 600 takas per month for them (around 30% of their monthly income). They also explained to me that after three years, they would have free energy. I realized that I should also be willing to spend a significant amount of my income on renewable energy.

When I returned to Washington DC, I researched solar panels and installed them by 2014. I also started having solar salons in my home to share my knowledge with my neighbors.

The women in Katakhali were amazed to see a photo of my 27 solar panels. As an American, I certainly use a lot more energy than the people of Katakhali. A family in Katakhali typically has one solar panel, which is used to power one lightbulb and charge one cellphone, which is shared by the family.

This sari was printed by Hasina and Parveen. Hasina is a farmer and has a huge number of coconut trees and several cows. Parveen is also a farmer and grows rice and vegetables. Both of them have suffered crop losses and disease and death of their animals after erratic rains during the dry season, storms and cyclones, and salt incursion into the fields.