Archive for the ‘Updates’ Category 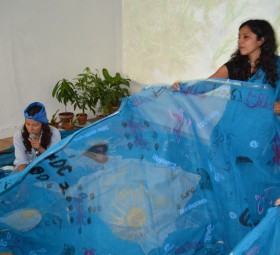 Our new musical soundpiece Slow/Lent/ŕ¦†ŕ¦¸ŕ§Ťŕ¦¤ŕ§‡/Miadana was released today as part of a radio conversation hosted by Karen Baker on the Behind the Mind Show on We Act Radio in Washington DC. Washington-DC based artist Monica Jahan Bose and Paris-based musician Nirina Lune have collaborated on... 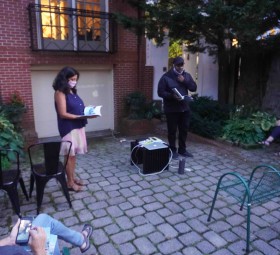 We had 29 people join us over various time slots for the first outdoor driveway/garden salon behind my studio. It was a beautiful breezy evening for our Driveway Art Salon. We had a book launch for RENEW and screened three new short films based on... 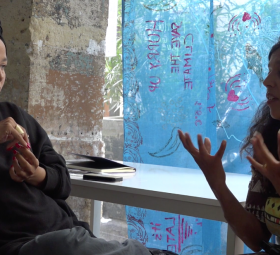 Catherine Bay, Artistic Director of the Window, invited artists Monica Jahan Bose and Nirina Lune to have a public conversation in the gallery on June 7, 2019 during the exhibition/project SUBSISTANCE. The conversation was filmed by Leena Jayaswal.

by Monica Bose on June 7th, 2019
Comments Off on Conversation with Nirina Lune  Exhibition, Uncategorized, Updates 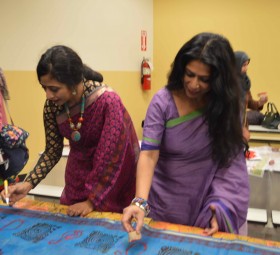 We had a fantastic day in Brooklyn today with the support of Open Source Gallery, Arts & Democracy, the Brooklyn Ladies Club, and the Bangladesh Institute of Performing Arts. First, I visited Open Source Gallery in South Slope, Brooklyn, NY for my second site visit... 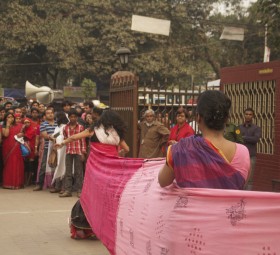 Monica Jahan Bose presents an interactive performance to raise awareness about climate change and the global implications of our individual use of energy. Â She has created a number of saris in collaboration with coastal women from her native Bangladesh (who stand to lose their homeland... 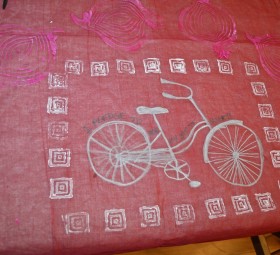 What a moving experience to work together last night at the beautiful Viva Center in Dupont Circle, Washington DC! It was a small group of women (and one man who also joined for part of it), and I truly enjoyed connecting with each of you....

This review of the exhibition “Layer by Layer: Storytelling with Saris” came out today In Art Asia Pacific. Click here for the link. 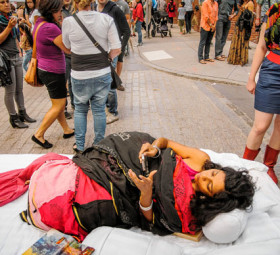 The Sublime Virtue Performance was on the cover of the Brooklyn Paper. Here is the article. 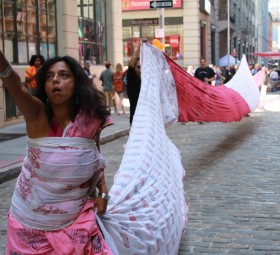 This article came out about the performance at the DUMBO Arts Festival right after the fair! Epoch Times Article here. 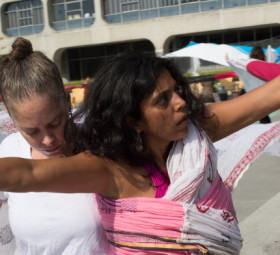 Monica Jahan Bose’s performance UNWRAPPED using the saris from this project was described in a review of (e)merge art fair in Berlin Art Link. Quoting from the review: “DC-based, Bangladeshi-American artist-activist, Monica Jahan Bose performed Unwrapped. With a 216-foot sariâ€”covered with writing from the women...