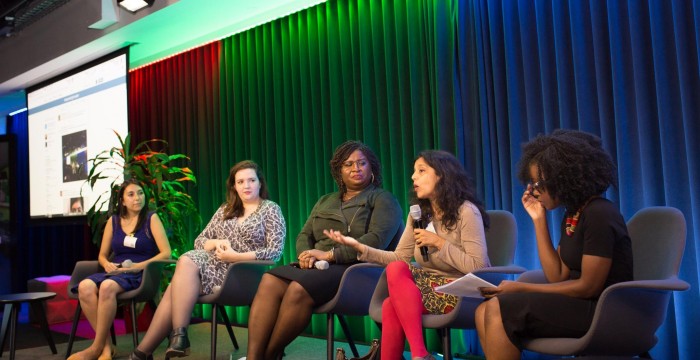 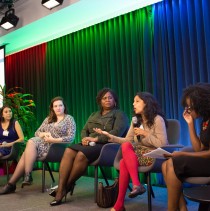 Day of the Girl Celebration in DC!

Did you know that October 11 is International Day of the Girl? The day was announced by the United Nations a few years ago, around the same time that Malala Yusuf was shot by the Taliban for daring to go to school. I was lucky to be invited to be part of the celebrations in DC this year, organized by Memunatu International, an innovative magazine to engage and inspire girls in West Africa. Mariama Kabia and her sister decided to start this project a few years ago to provide a learning supplement for girls in Africa.

The event was held at Google’s Washington DC Office at 25 Masssachusetts Ave, NW, near Union Station. As I arrived at the event, I was greeted by a number of enthusiastic girl scouts. Since I was a panelist, one girl interviewed me. 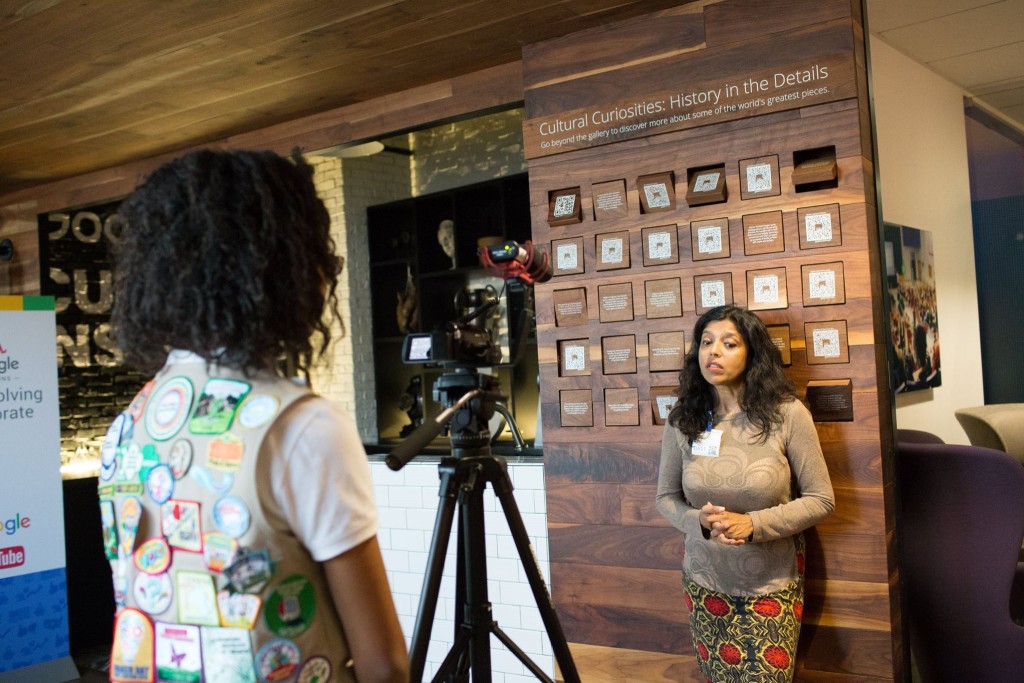 The panel included some incredible women. I was particularly excited about Be Girl, an organization that provides sanitary menstrual products to many communities around the world, so that girls can afford to have washable, ecological and economical panties and pads, allowing them to go to school and engage in all activities. I spoke about Storytelling with Saris and its work to address gender impacts of climate change. I said that girls and women were resilient and resourceful and are going to be the innovators and change makers to tackle climate change. One of the audience members asked how to combat discrimination in the work world. One of my suggestions was networking amoung women: “There is a boys’ club out there; we need to create a girls’ club.”

After the panel, it was energizing to meet so many girls and young women who are interested in feminism and gender justice.