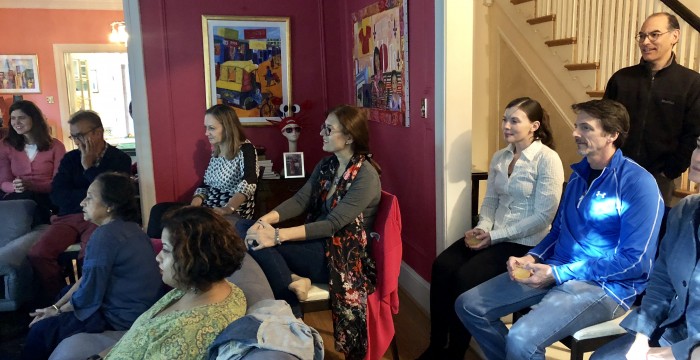 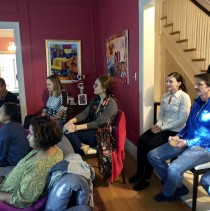 I was so delighted to spend the afternoon with you in my hot pink living room.  The Storytelling with Saris Fall Salon, held on the afternoon of Saturday, October 13, 2018, was a fun cocktail gathering that generated some excellent ideas about how to address climate change as a community as part of an art project.  We had 13 people attending the salon for the first time, and many repeat salon participants for a total of 25-30 attendees.  We shared images and video from Athens, including the beautiful video of the workshop SHELTER with refugee women put together by Angeliki Grammatikopoulou and the slideshow of the Home-Spiti-Bari performance made by Evi Athanasiou. The exhibition Footprint-Apotipoma was supported by a Sister Cities Grant from the DC Commission on the Arts and Humanities, the Mayor’s Office of Athens, and the Office of Refugees of the Athens Municipality.  We also showed video from the Smithsonian’s AE KAI project in Hawaii.  Finally, the salon provided an opportunity to share my sketches and get everyone’s ideas for the new DC public art project WRAPTURE which is launching on November 13 in Anacostia and is supported by the DC Commission on the Arts and Humanities.

I mentioned during the salon that I would like to incorporate into WRAPTURE a local climate action — such as a campaign to increase the thermostat temperature in the summer like the Cool Biz campaign in Japan, which has changed corporate energy culture and greatly reduced greenhouse gas emissions by making 82 Degrees Fahrenheit the indoor summer office temperature and getting rid of suits and sweaters.  There was lively discussion on this issue and many suggestions were made for other campaigns as well.  Aaluk Edwardson, an Iñupiaq artist from Alaska, had a suggestion that the WRAPTURE installation include simultaneous community action, such as turning out the lights on installation day to draw attention to climate change.  It was great to get the perspective of Mohsin Siddique, who worked for many years with DC Water and has experience with environmental issues in Anacostia.  He suggested that we must reduce all our consumption, since Americans consume much more energy (and everything) as compared to other parts of the world.  Elena Herberger said that clothing dryers use a huge amount of energy and we could do a campaign for people to dry their clothes on racks as is the norm in Europe.  She also suggested trying to change building codes towards greater insulation and energy efficiency, and this would of course be an important long-term strategy.  I will consider and discuss these options further and formulate a plan in the coming weeks.

Many of you are interested in joining the WRAPTURE workshops and campaigns.  Krittika Ghosh, who leads API DVRP, an organization addressing gender-based violence, expressed an interest in having a sari workshop with survivors at DVRP.  I am very excited to collaborate with all of you and will be following up.

We also had several artists attend who are fellows at Halcyon Art Lab.  Many were interested in learning strategies for how to engage with communities around an art project.  It was also interesting to speak to writer Cynthia Houston, who was surprised to learn that coastal people in Katakhali, Bangladesh assumed that extreme storms and heat were acts of God but have recently learned about the causes of climate change through a Storytelling with Saris workshop.  Now they understand that the world “has a fever” because richer countries are burning too much fuel.  We also discussed the growing approach of many environmentalists to reach out to faith-based communities to build alliances to combat climate change.

Thank you all for joining in.  It was really fantastic to share my art news and to get so many great ideas and feedback from people from different fields and backgrounds.  I’m looking forward to having many of you involved in WRAPTURE in the coming months. 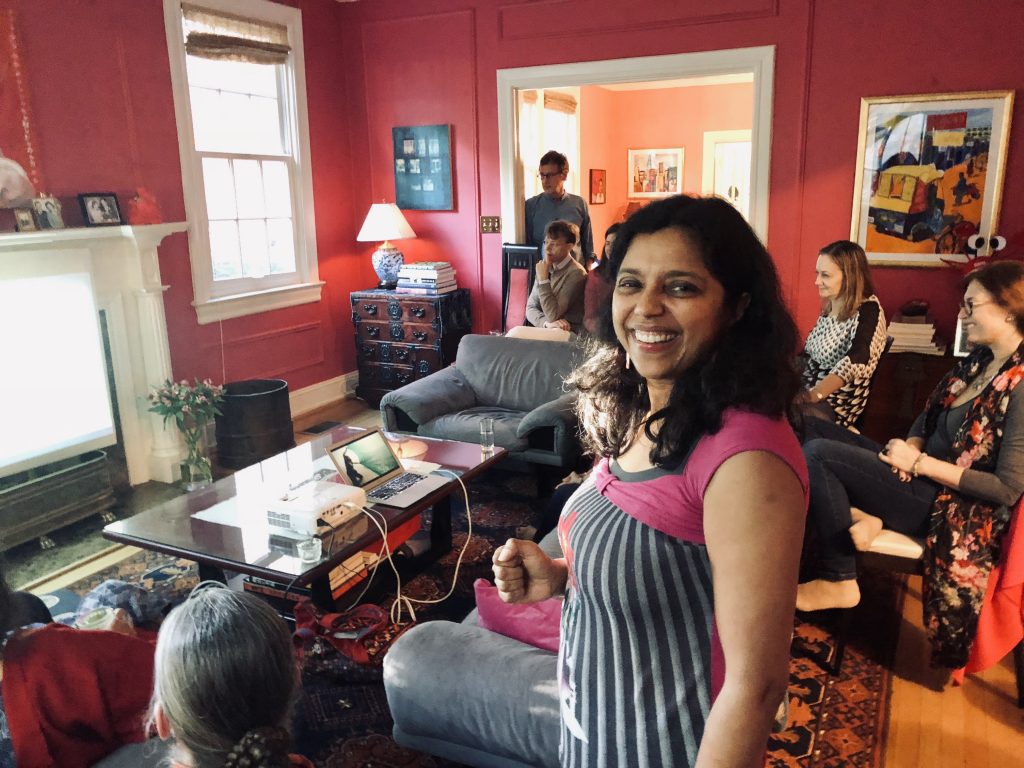 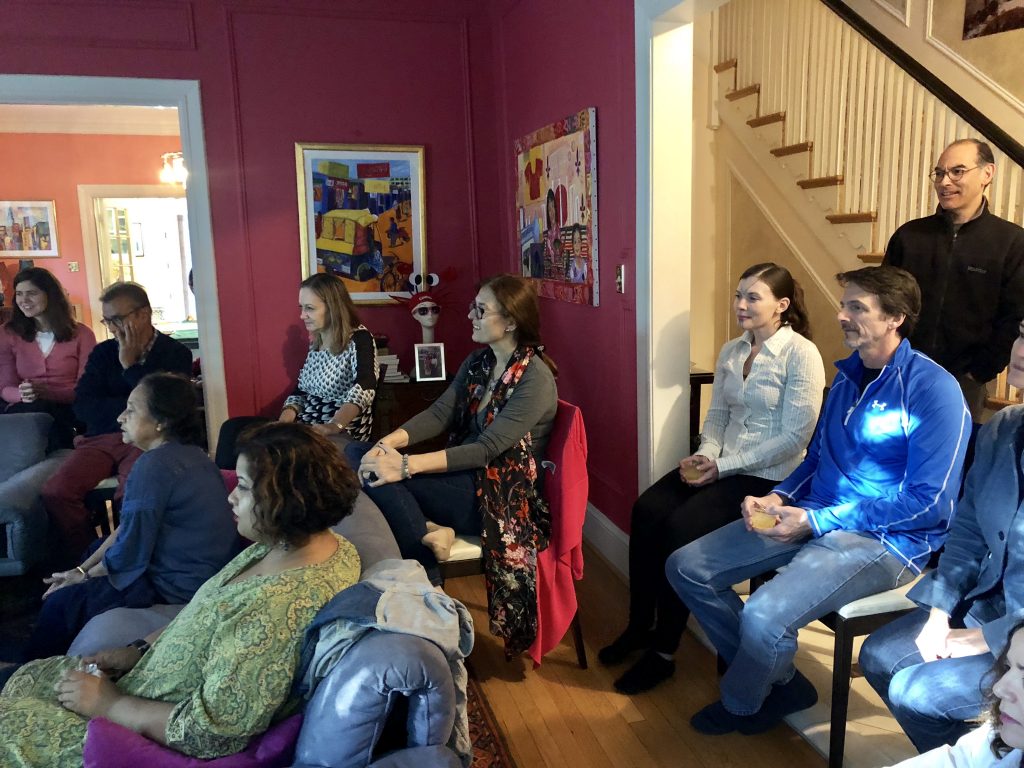 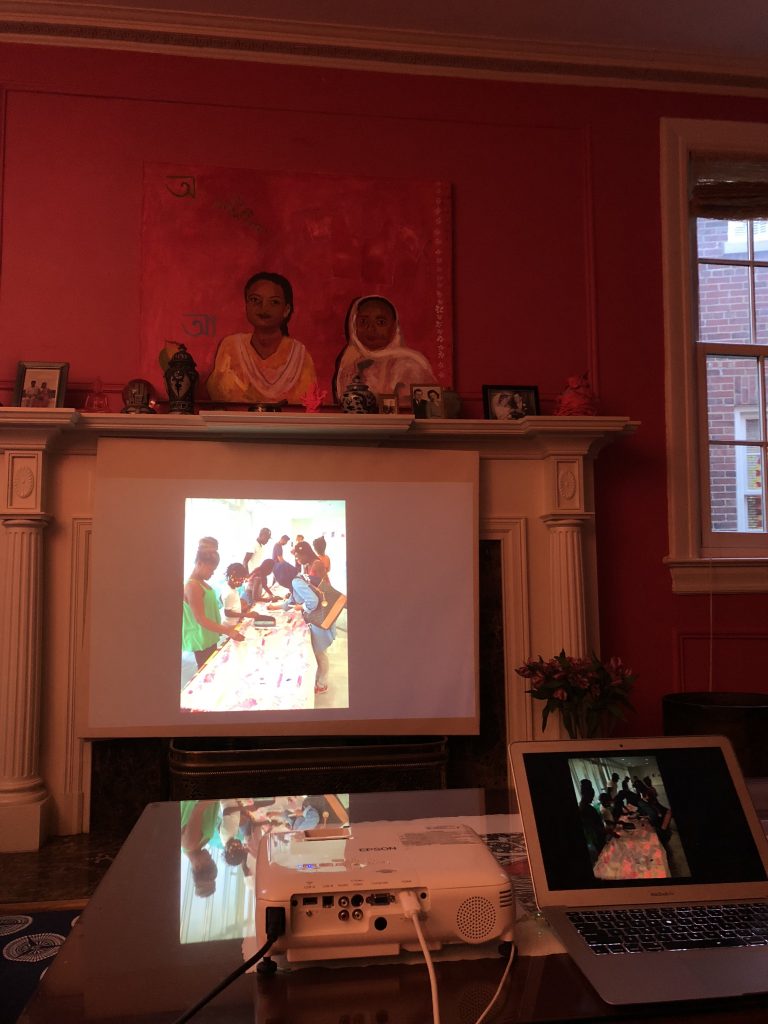 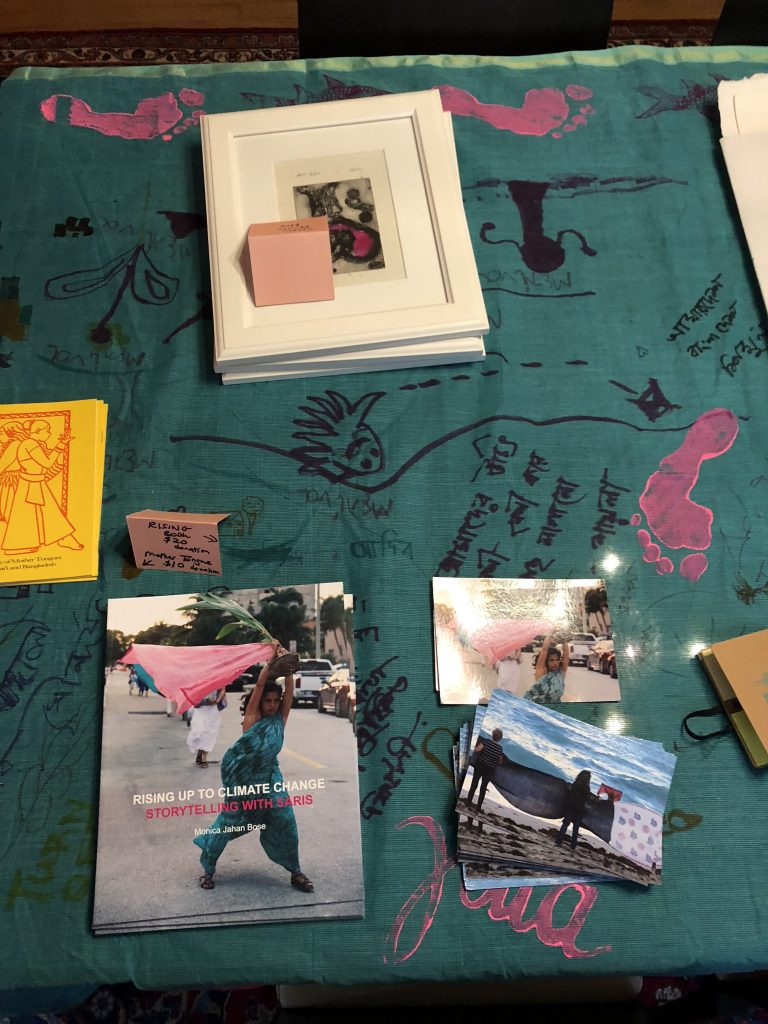