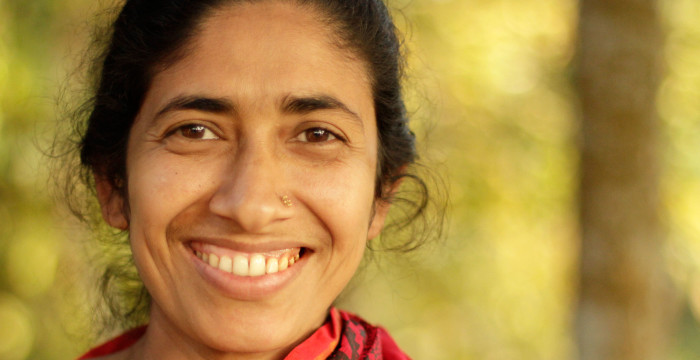 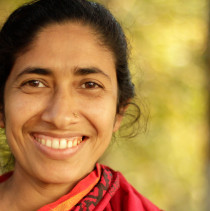 Noor Sehera was born in Kalikepor Village, Golachipa to a family with four children in total. Golachipa is a coastal area (attached to mainland Bangladesh) north of Katakhali. Like most villagers, Noor Sehera is not sure of her age. She says she was age 18 in 1994, which would mean she was born around 1976. Her father died when she was young and her mother farmed the land and worked very hard to support the family. She was married in 1994 (at age 18) and moved to Katakhali Village to be with her husband Faruk. She has two daughters: Urmi (born 1997) and Othoi (born 2004). She says she and her husband are happy with their two daughters and do not want to try for a son. Noor Sehera only studied up to grade 3 or 4 but she wants her daughters to go to college. Urmi received a scholarship from Samhati for high school and is now enrolled in a B.A. program majoring in English in Golachipa town. Her father now works part of the year in Dhaka so that they can pay her university costs.

Noor Sehera’s house fell during cyclone SIDR and she received a new home deeded to her from Samhati. She joined the cooperative and started literacy classes as well as classes in sewing, embroidery, block printing, and farming. She is very happy that she can now read a little and is improving. She has purchased a sewing machine and started her own tailoring business and is making a good living sewing clothes. She also grows leafy greens, beans, coriander, gourds and other vegetables to eat and to sell. Her husband was not happy at first when she joined the cooperative but now he is very supportive because he appreciates the money she is earning for the family. Noor Sehera lost dozens of chickens and ducks due to extreme climate events in 2017, including intense rain during the dry season, which led to waterborne diseases in the animals.