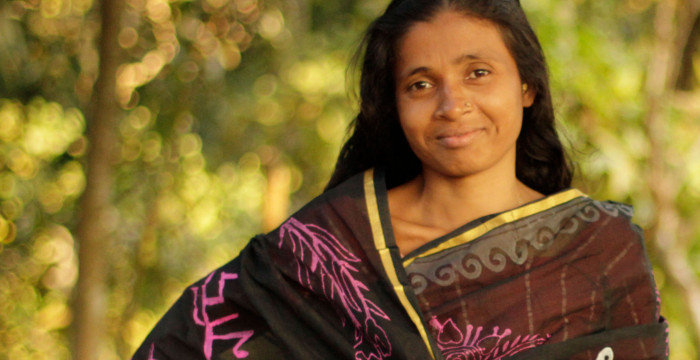 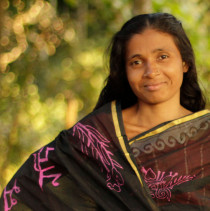 Shahida was born in Katakhali Village in approximately 1978. (She stated her age as 32 in 2013 but also said she was 18 in 1994 when she got married, which would make her 37). Shahida studied only up to 1st or 2nd grade. She was married to Dilawar in 1994 and they have two children: Dilruba (girl, born 1997) and Nibir (boy, born 2002). Dilruba received Samhati high school scholarships for four years and is now enrolled in university in Golachipa. Her parents work very hard to pay her costs, but they are thrilled to have a first time university student in their family. As of 2018, Nibir was age 15 and had enrolled in a vocational program on textile design, living away from home with relatives.

Shahida lost her poutry, sheep, goats, and cow during cyclone SIDR. She and her family survived by taking shelter in the Health Center. She joined the cooperative after SIDR and enrolled in the literacy and farming classes. She is very excited that she can now read and write because of the literacy classes. She loves to come to the cooperative. She says that the members are very happy working and spending time together. She said that the husbands did not let the wives do much outside the home, but now the women have more freedom and enjoy being part of the cooperative. Shahida is growing radishes, red spinach, and other vegetables. She also raises ducks and chickens. Shahida’s husband Dilawar drives a scooter or CNG mini taxi in Dhaka, where he is able to earn a lot more than on the island. We were able to meet up with him and have him show us around Dhaka on his CNG in January 2018.