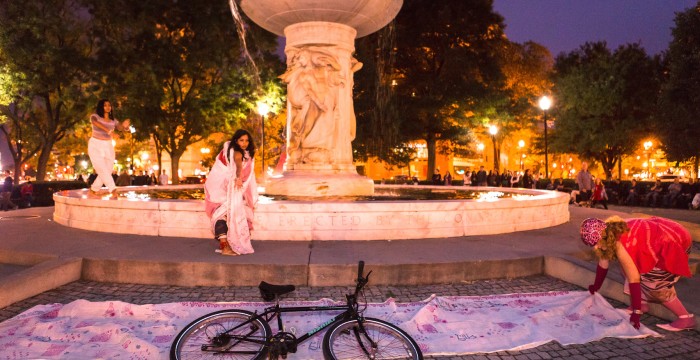 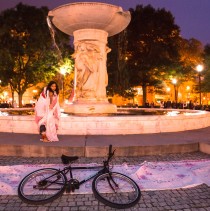 INUNDATION at the Dupont Circle Fountain was an intense and fitting culmination to the series of climate pledge workshops that were organized in DC over the past year. It was an hour-long performance and included more than 20 performers, including several dancers from Mayur Dance Academy.

Inspired by the two female and one male statues on the fountain, representing water, wind, and the cosmos, the movement of the performers and saris suggested storms, waves, and disruption of our ecosystem. Four performers bicycled around the circle carrying saris with climate pledges to show their commitment to reducing use of fossil fuels. I used biking in the performance because many DC residents pledged to bike more to reduce their carbon footprint and biking is a huge movement in DC. Dozens of people joined the performance and created a circle around the fountain with the sari, making a sheer screen. The fountain at Dupont Circle was used as a multilevel stage. The performance ended with me entering the fountain and climbing onto the statues, and then everyone becoming drenched by a downpour of rain from the skies. The power failed and we were not able to use video projections, but lack of technology made the moments more still and real.

INUNDATION explores connections between water and displacement, offering the hope of cleansing, rebirth, and change. â€śInundationâ€ť refers to floods, immersion, and sea level rise and also to its cause, the overwhelming consumption by richer countries. In South Asian culture, water symbolizes cleansing, death and rebirth.

Many thanks to all the artists, friends, neighbors and environmentalists who joined the performance. 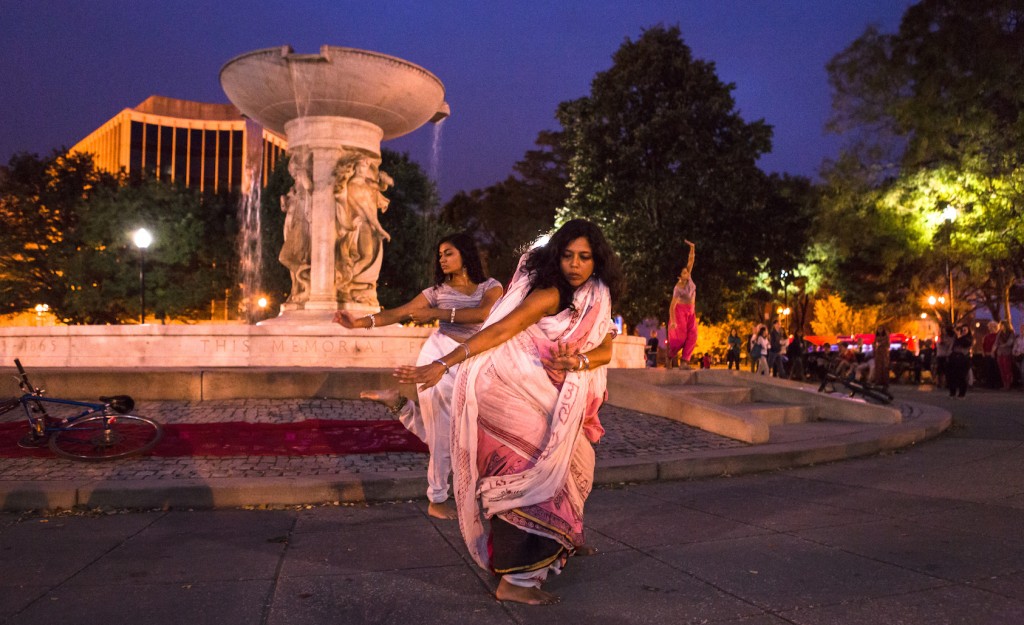 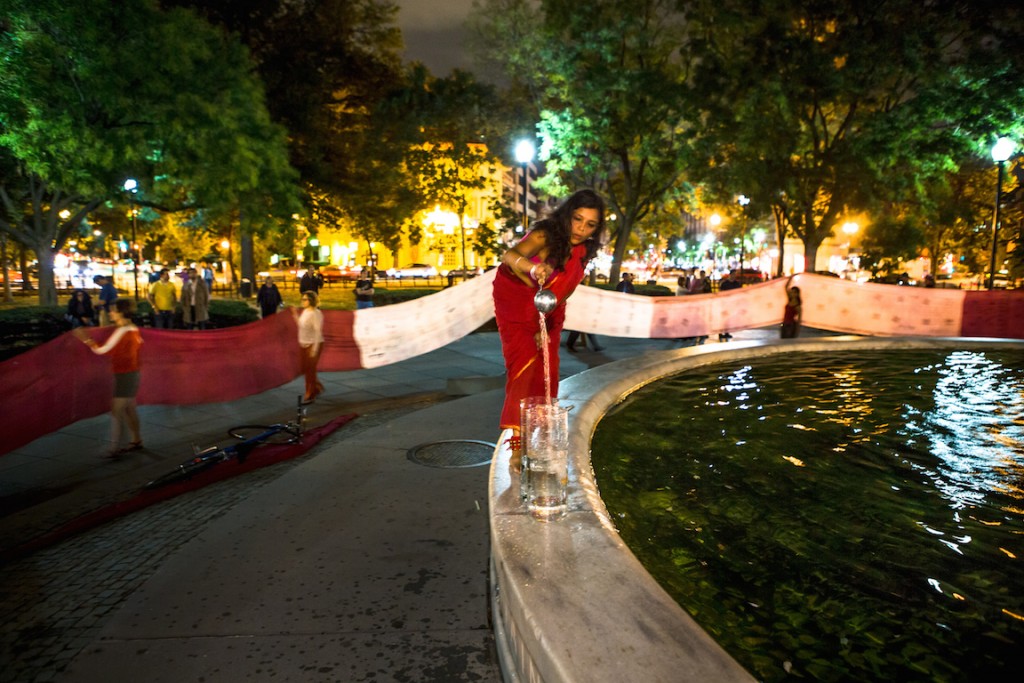 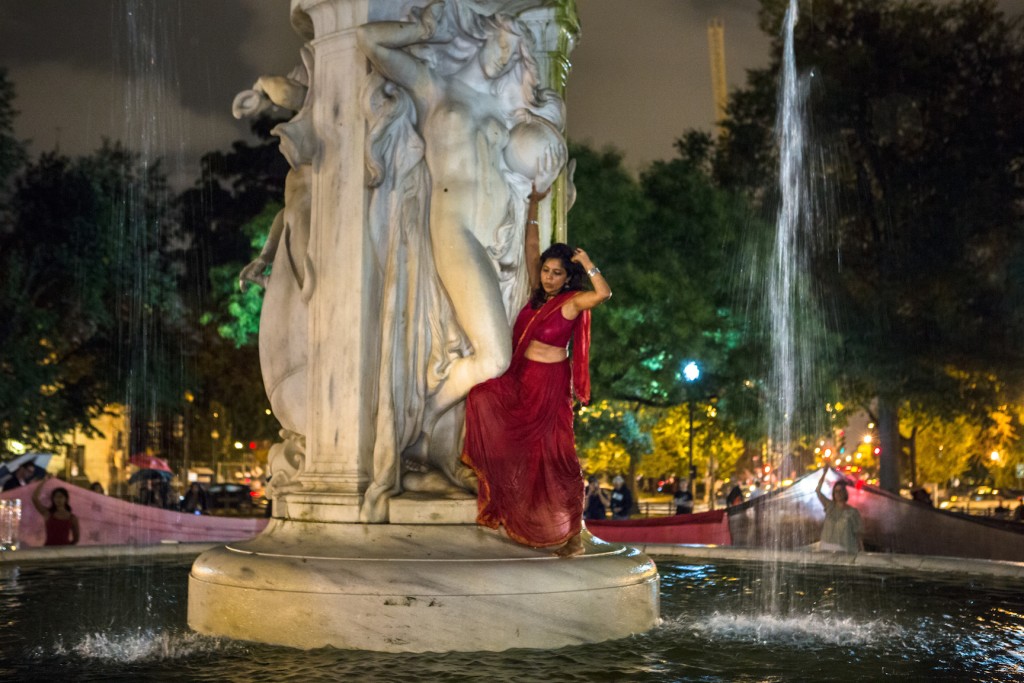