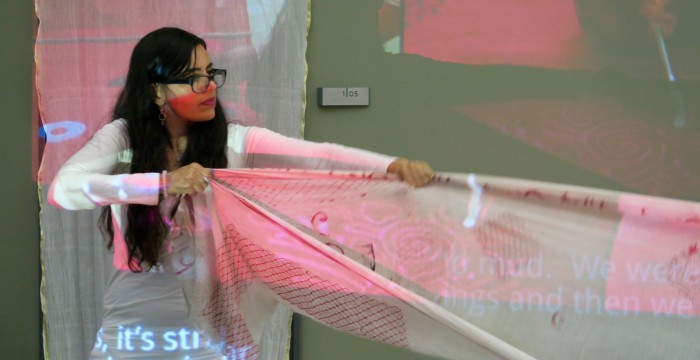 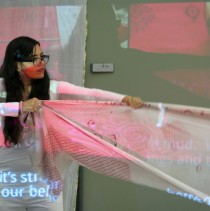 Reflections on RISING in Philadelphia

I arrived by train to Philadelphia the morning of my performance to meet poet Sham-e-Ali Nayeem, who was working with me on the performance. It was truly wonderful to work with Sham, who was introduced to me by Twelve Gates Gallery.

At the beginning of the piece, we lay on the floor on top of folded saris as the video began, showing women of coastal Bangladesh printing on saris and talking about the impacts of climate change on their lives (an excerpt from Her Words:Storytelling with Saris, a film I made with Nandita Ahmed). Sham unraveled my sari (made and worn by the women in the video) and the audience was asked to hold the massive fabric while the projections fell on our bodies. The room was packed and we had to navigate to find space to unfurl the sari. I became dizzy and disoriented from spinning and moving, and was held up and supported by audience members. Meanwhile, the video showed the same huge sari in outdoor performances in Brooklyn and Miami Beach. After the whole sari was unraveled, I remained in a red sari and performed a number of ritual-inspired actions using a steel dinner plate, rice, fire, paper, writing, and water. I drank a glass of water as a gesture of hope. The performance ended with the audience making written pledges on a sari to reduce their carbon footprint. There were many Bangladeshis in the audience who wrote in Bengali on the sari. The performance forces people in the audience to become part of the work, not just passive viewers.

After the hour long performance, there was a reception followed by a panel discussion, moderated by Jodi Throckmorton,Curator of Contemporary Art, Pennsylvania Academy of the Fine Arts. Other artist panelists included Shazia Shikander and Sumit Baudh.

RISING was part of perform(art)ive, a performance art festival organized and curated by Twelve Gates Gallery which took place on October 25, 2015 at the Drexel University campus in Philadelphia.

RISING speaks to climate change, using a 216-foot sari, water, and video projections. Images are projected onto saris and the bodies of performers. The movement of the performers and saris suggests storms, waves, and disruption of our ecosystem. The performance uses worn saris and video from STORYTELLING WITH SARIS, a long term collaboration with 12 coastal women in Bangladesh who may be displaced by climate change. Audience members join the performance and create a circle with the sari, which creates a sheer screen.

Here is a link to a review of the event. 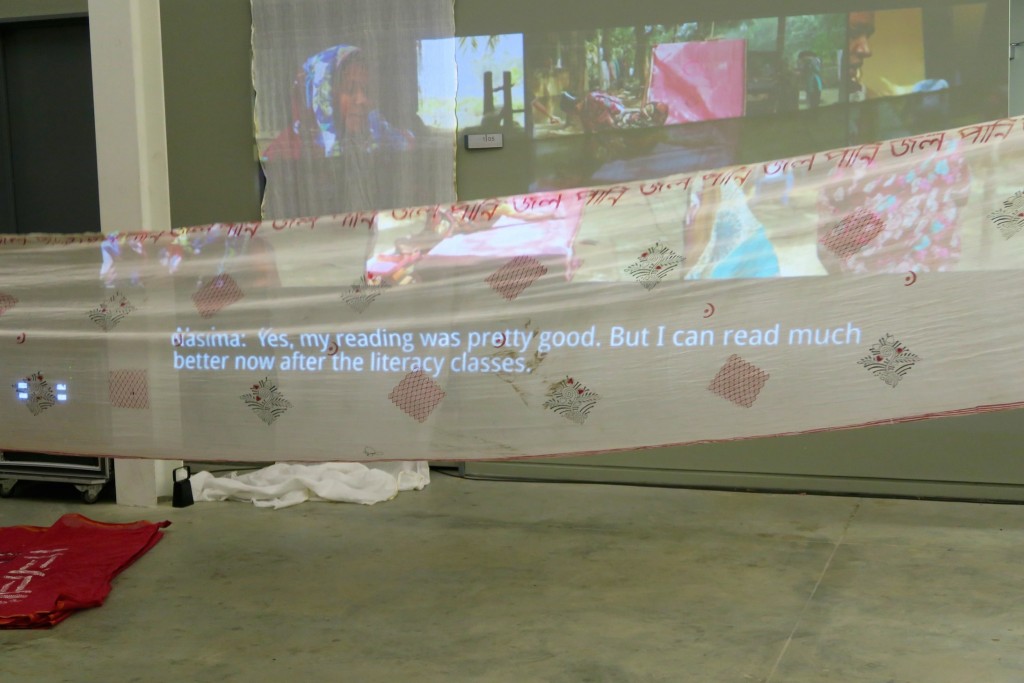 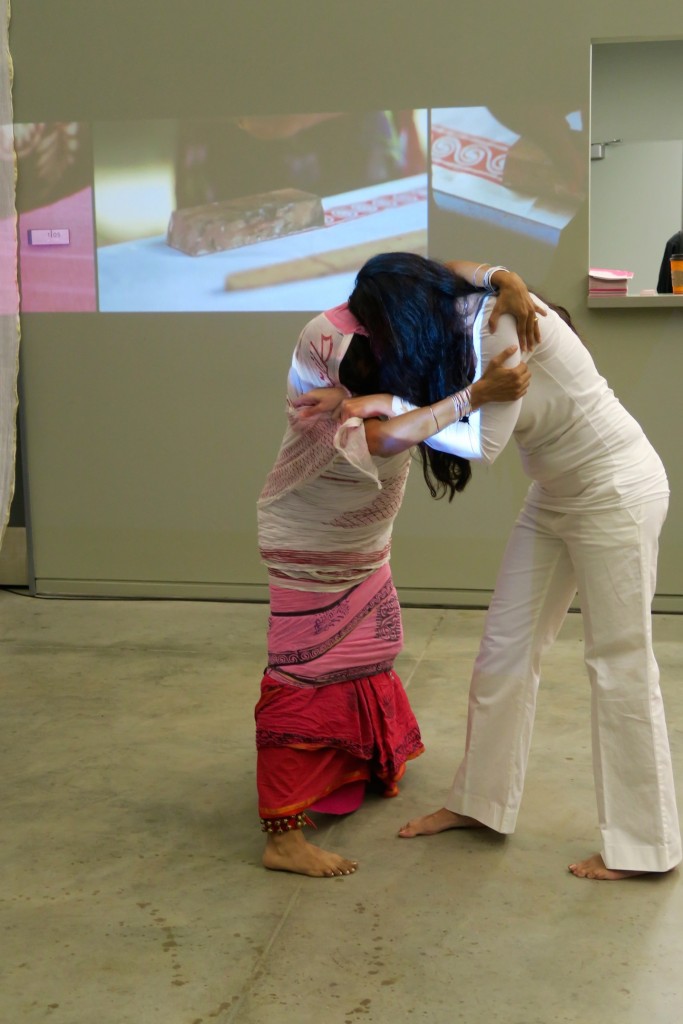 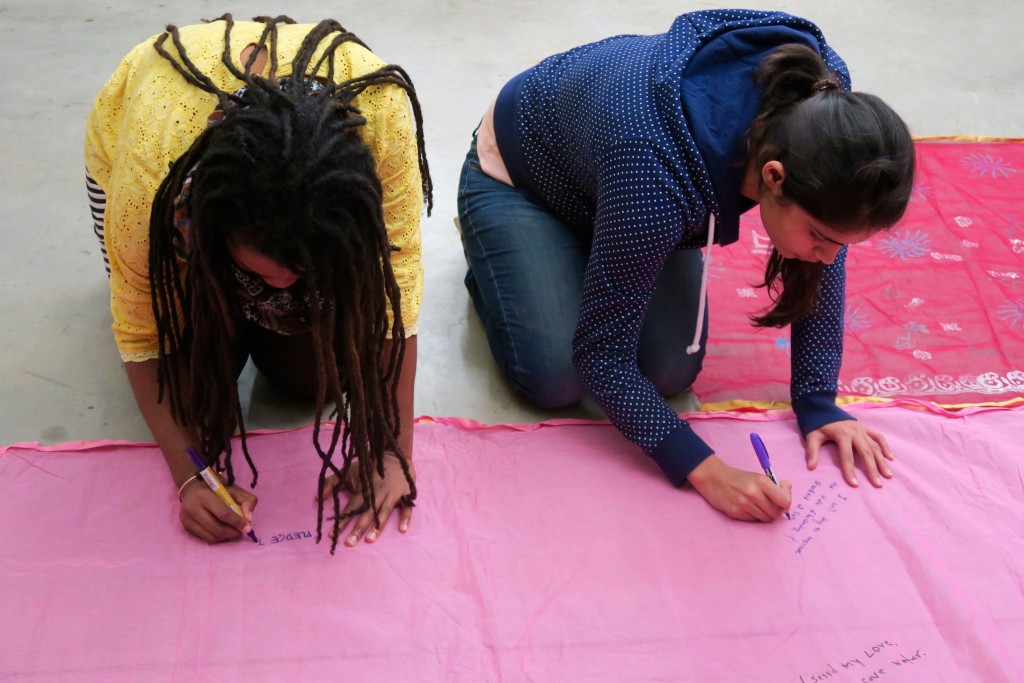