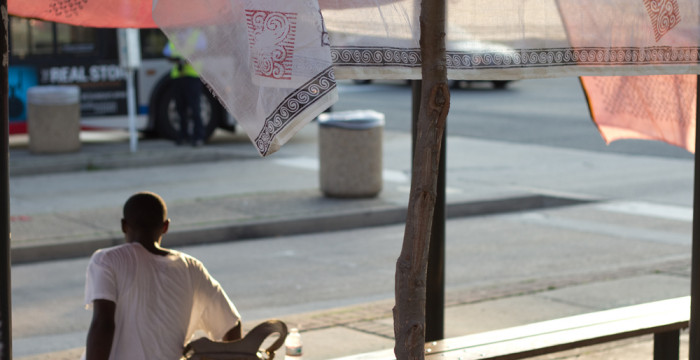 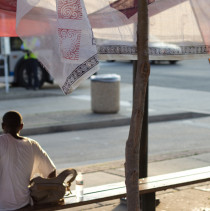 Reactions by the public to the performance ranged from local residents baffled by their surroundings while gaping at brightly colored and elegant reams of cloth which hung from their normally banal transit shelter and government building, to routing for more details on these womenâ€™s way of life and their origins. Many people engaged Bose and her assistants in conversation, prompting them with questions, curiosities, and comments.

Boseâ€™s 13-year old daughter, Tuli, who is fluent in both Spanish and Bengali, wrapped in a sari (pictured below in the red sari), interacted with bus passengers during the final installation/performance. She was particularly moved by one Hispanic resident who proclaimed to her that she too could not read or write, sharing a similar experience to the women of Katakhali prior to their recent education.

Residents began to crowd around the bus stop fascinated by both the monumental presence of the saris and the delicate ethereal quality of the material, eager to touch the garments, bringing them closer to the lives of the Katakhali women. As the stories unfolded through the performance and the public fell deeper into the sounds of Katakhali and the visual sensation of flowing saris, the complex layers between place, culture, and history began to unravel, revealing less of humanityâ€™s differences, and rather exposing its common core. 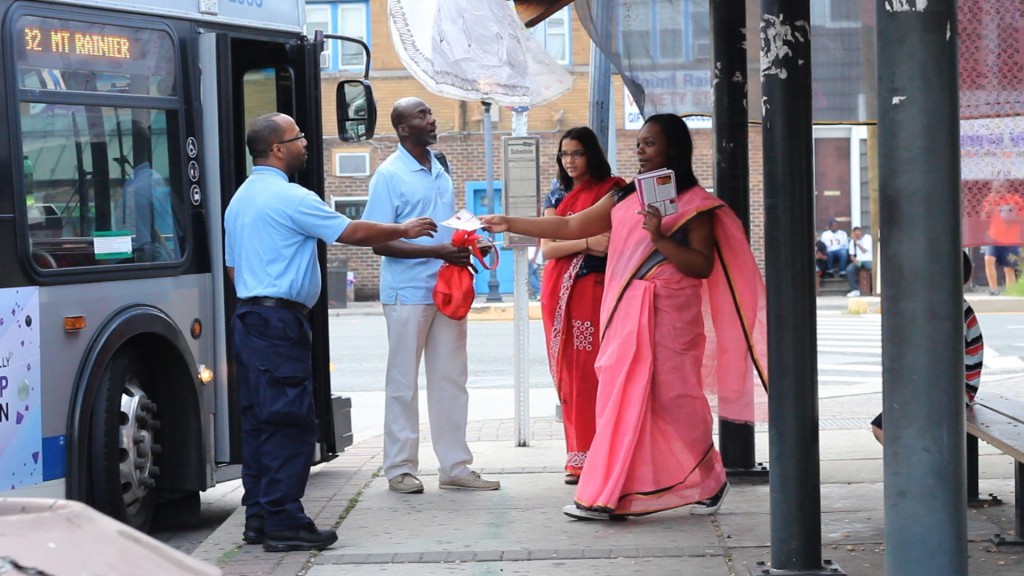 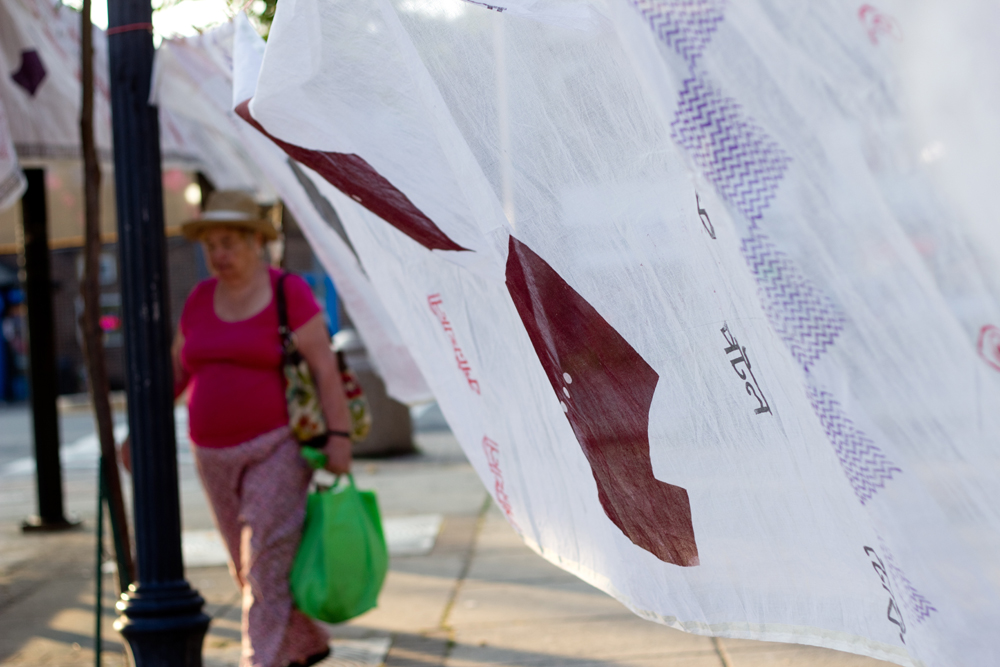 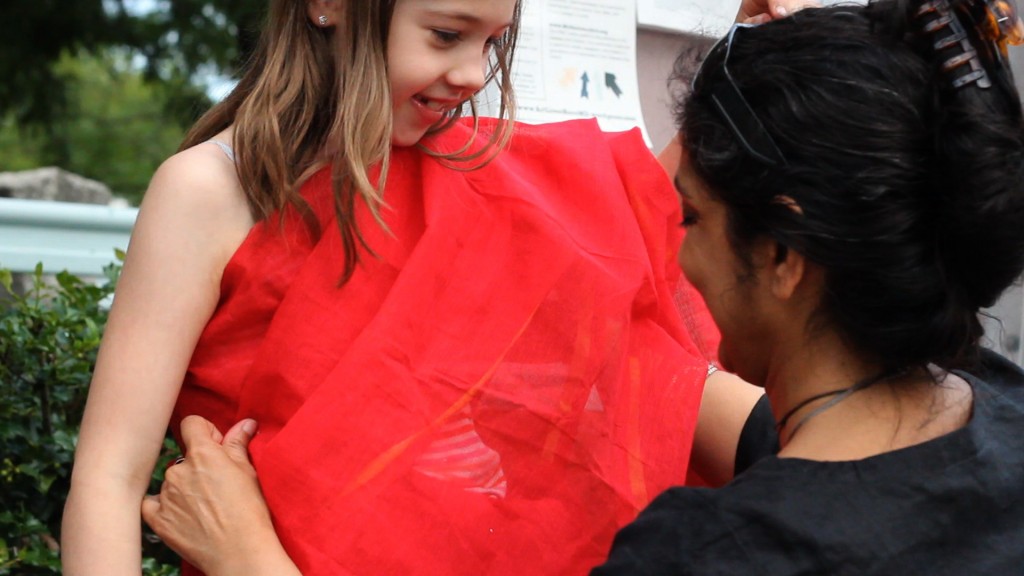