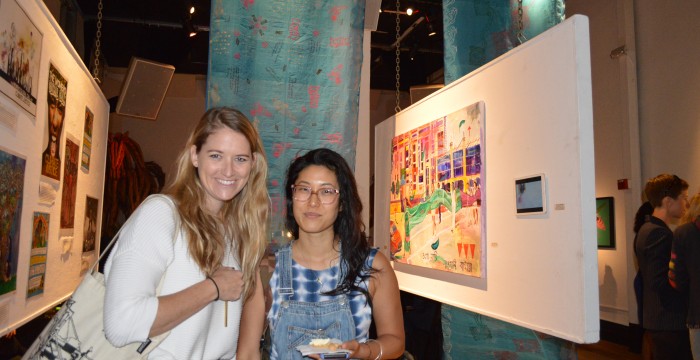 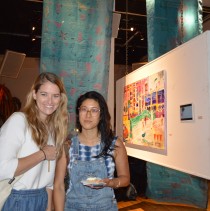 “We are not drowning.  We are thriving.” This was the chant at the end of the evening.  Almost 200 people gathered together for four hours on September 13, 2018 to highlight women’s leadership in addressing climate change, an event hosted by the Sierra Club’s Gender Program and Women’s Environment and Development Organization (WEDO) in conjunction with the Global Climate Action Summit organized by California Governor Jerry Brown.  The venue was 111 Minna Gallery, a dramatic art space that was perfect for hanging the 18-foot-long Storytelling with Saris climate saris.  Two saris on display were made in collaboration with Sierra Club’s Youth Activists during their trips to Washington DC in 2016 and 2017.  The third sari was made in collaboration with women from Katakhali Village, Bangladesh.  During the evening, attendees made individual climate pledges on a cotton handloom sari, which will ultimately be returned to Bangladesh and worn by a woman on the frontlines of climate change in Katakhali Village, Barobaishdia Island.

It was inspiring and heartbreaking to hear from Her Excellency Hilda Heine (President of the Republic of the Marshall Islands), who said that her island nation may be under water in 20 years and that they need funds to build the land higher.  We also heard from climate leaders Majandra Rodriguez-Acha, (co-founder of TierrActiva Peru), Nina Gualinga (Kichwa Environmental Leader), Doria Robinson (Executive Director of Urban Tilth) and Bridget Burns (Co-Director of WEDO), and from moderator Leila Salazar Lopez, (Executive Director of Amazon Watch).

The art included two large paintings by Monica Jahan Bose from the series “Weather the Storm,” the performance video Jalobayu (2014, Miami, in collaboration with One Billion Rising Miami), as well as artwork, zines, and posters from the Young Feminist Fund(FRIDA), global storytelling project.  The existing work in the gallery — apocalyptic insect/animal machine blends by Robert Bowen — was also eerily appropriate for the climate change theme.

The featured cocktails at the open bar also had feminist climate themes, and we had such fun in developing them: Feminism is Not Old-Fashioned, Resilience Rum Punch, Renewal Energy Elixir, and Forest Sink Mojitos.  Women and men from all over the world gathered at this vibrant event.  I spoke with women from such places as Russia, Bangladesh, and Mexico, as well as climate activists from the Bay Area, including Anirvan Chatterjee.

The event drew in a diverse audience of women young and old, and men as well, and the positive energy was palpable.  Special thanks to Jessica Olson and A. Tianna Scozzaro of the Sierra Club for putting together such an incredible event and for bringing Storytelling with Saris and me to San Francisco all the way from Washington, DC. 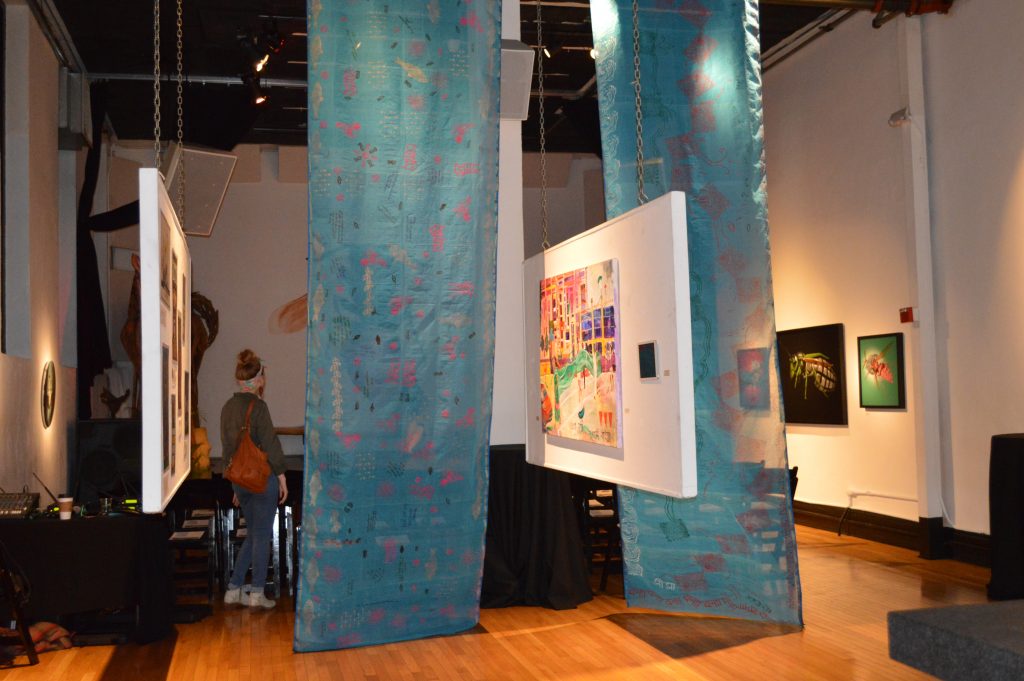 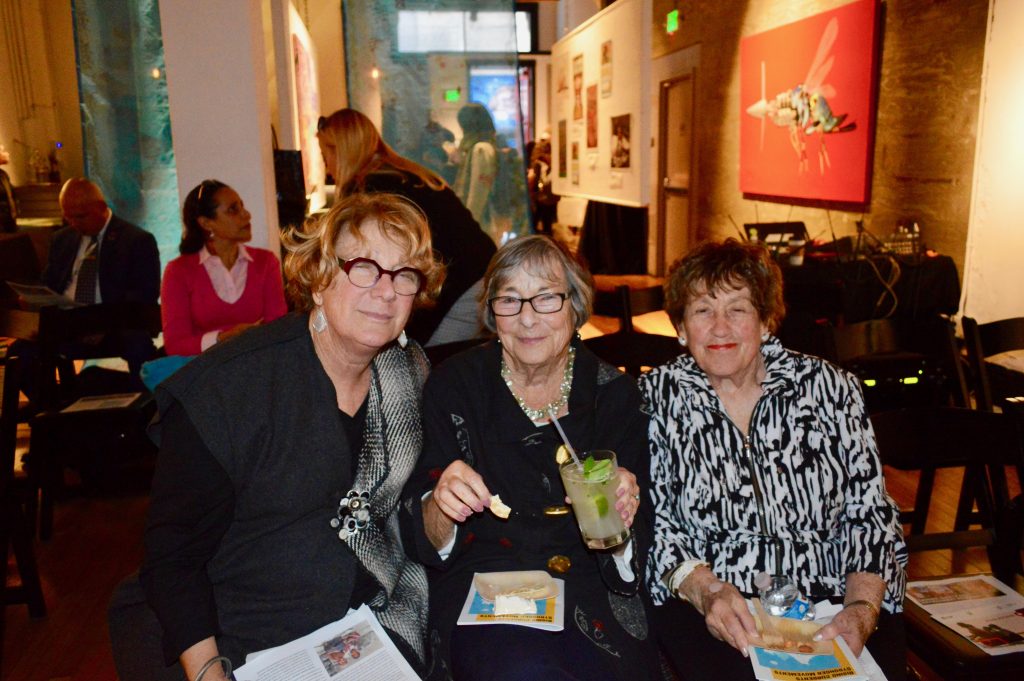 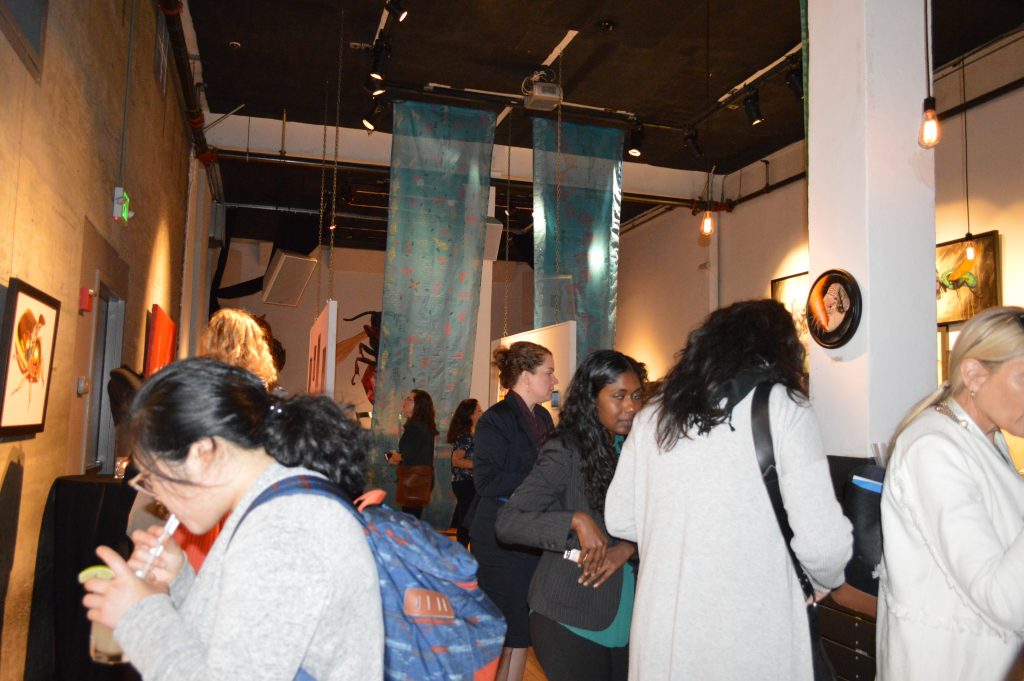 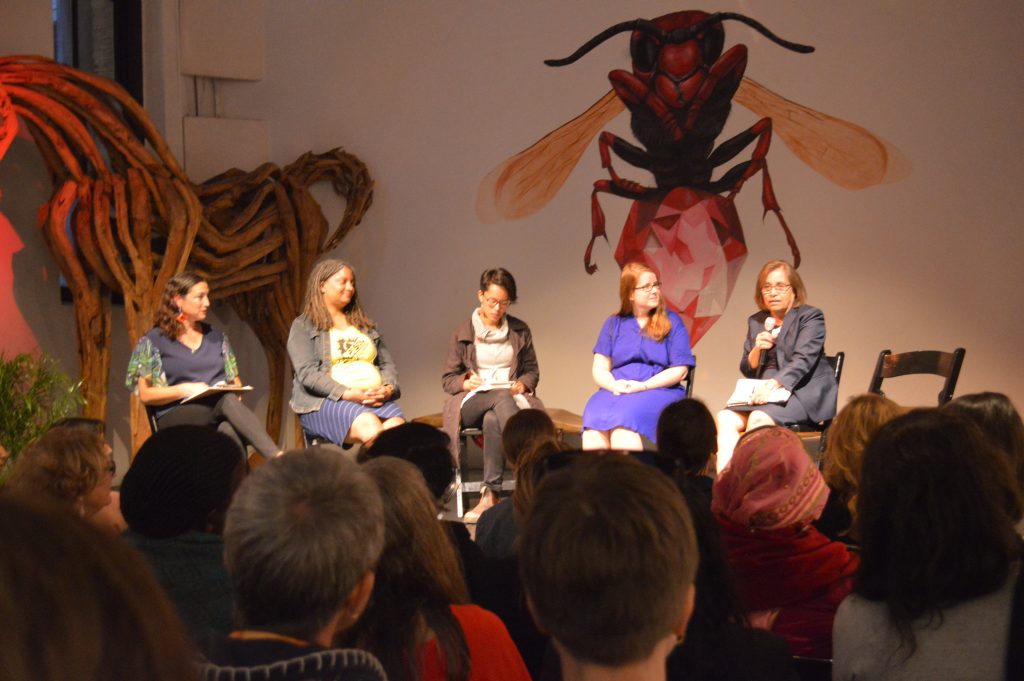 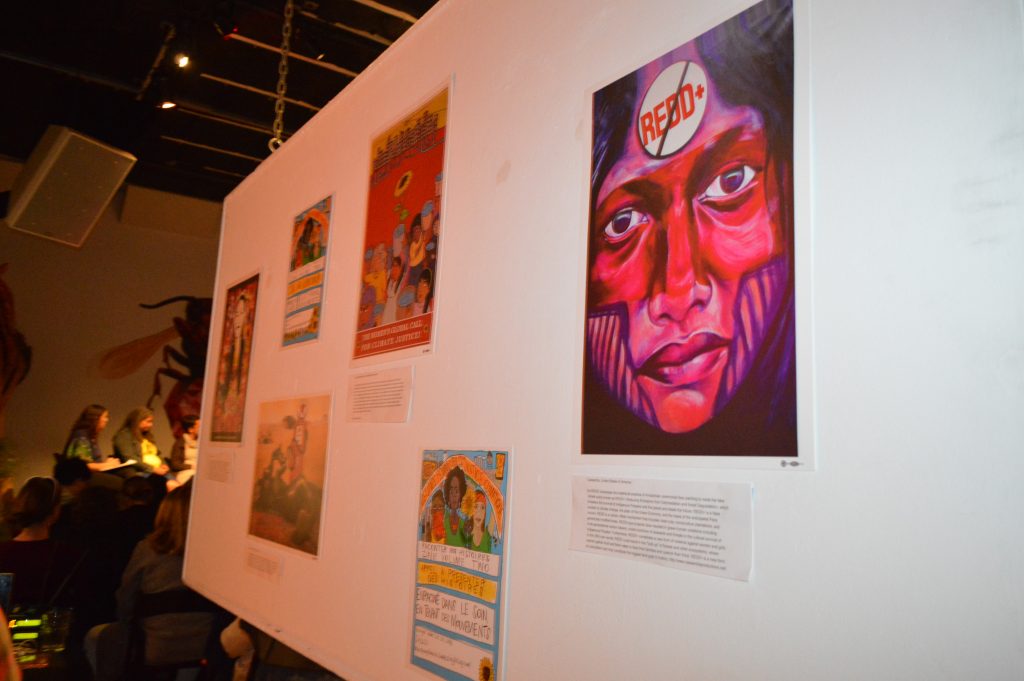 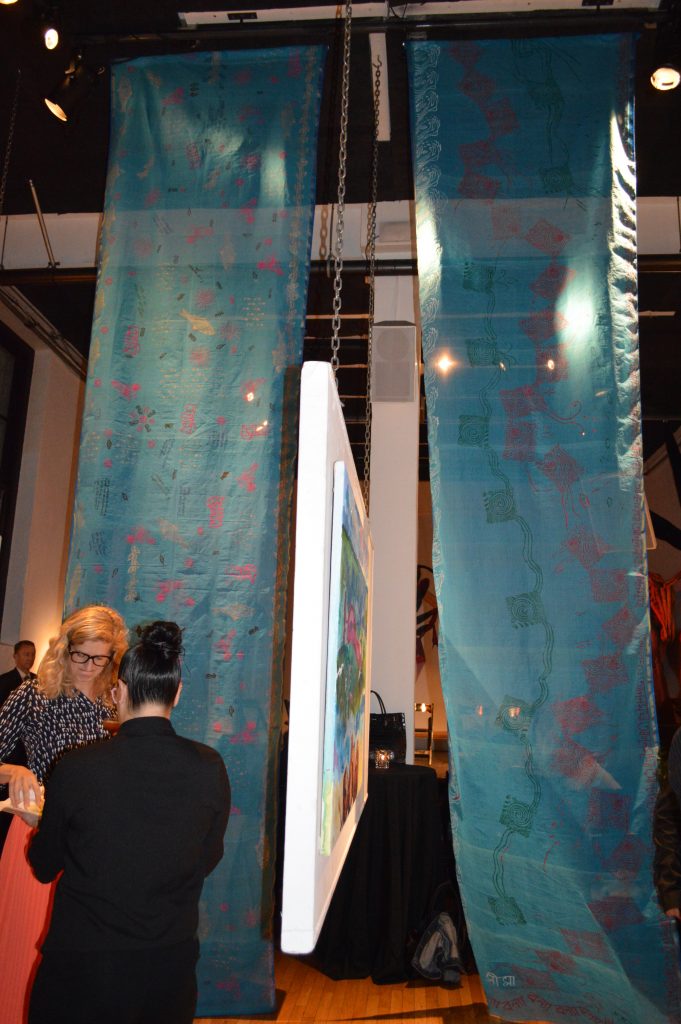 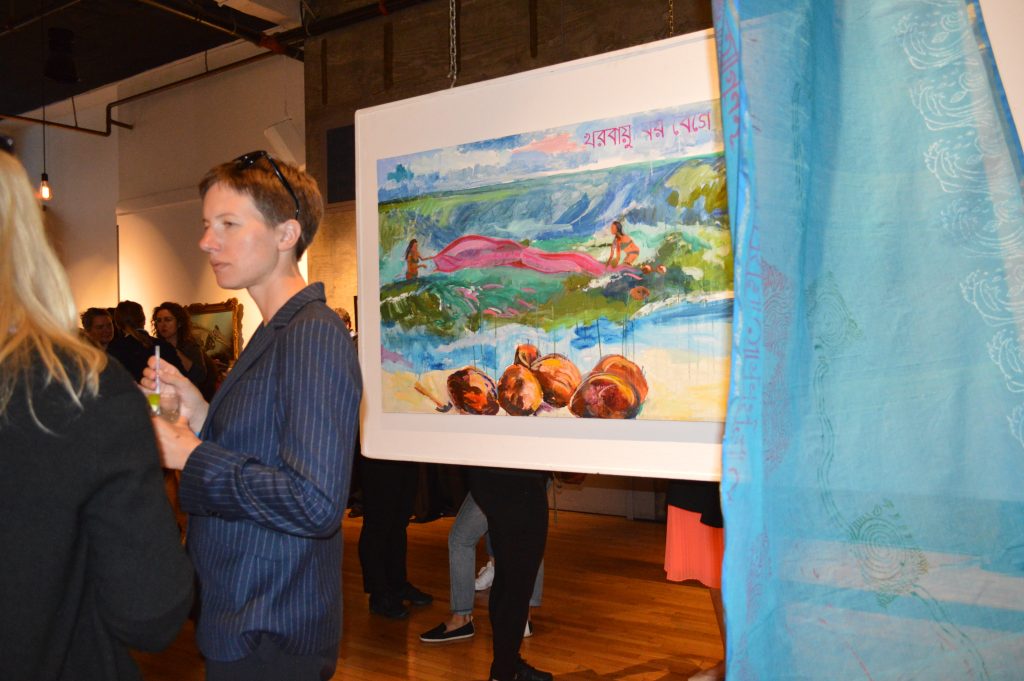 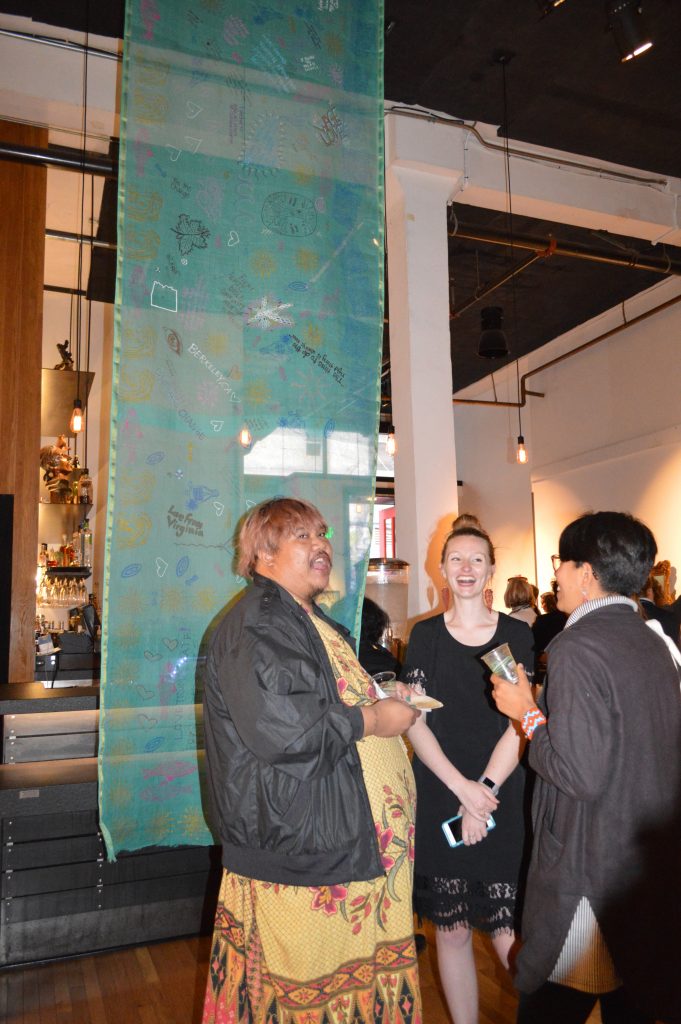 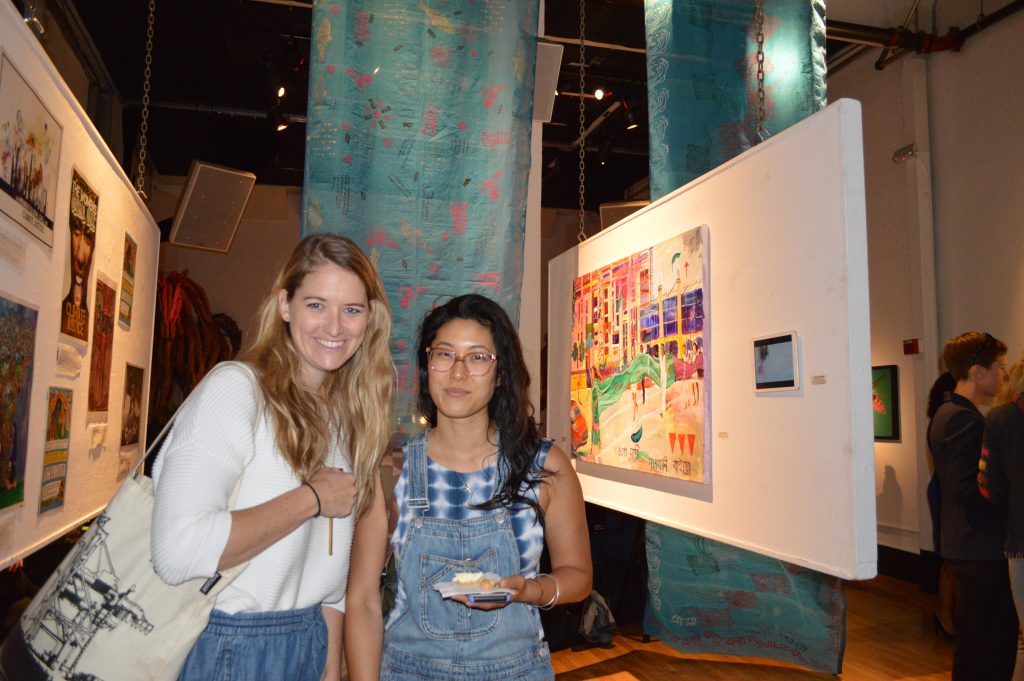 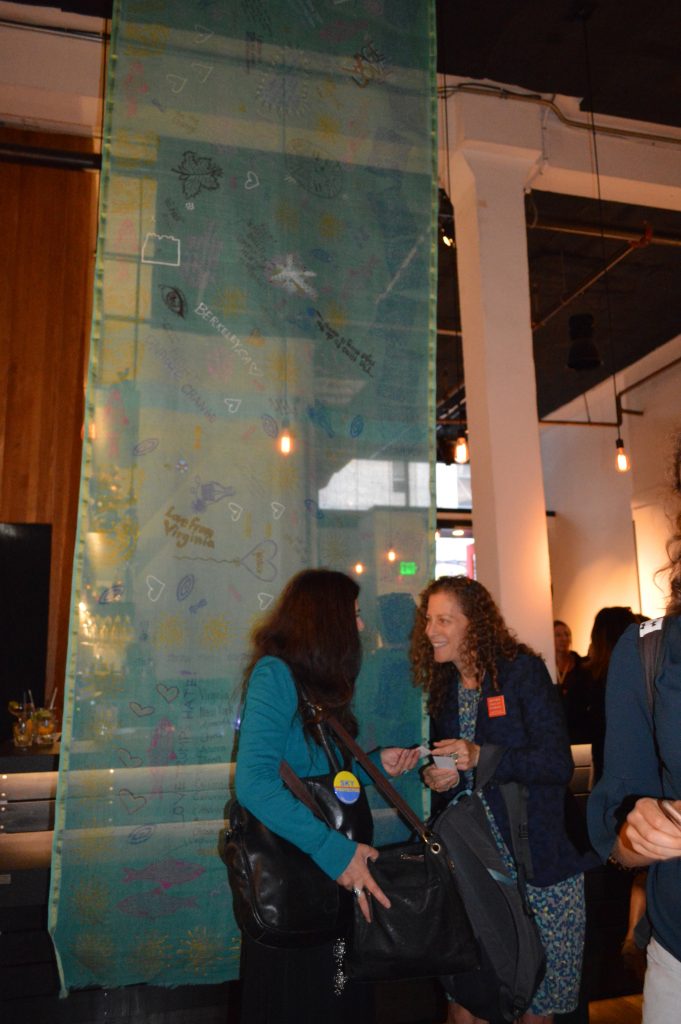 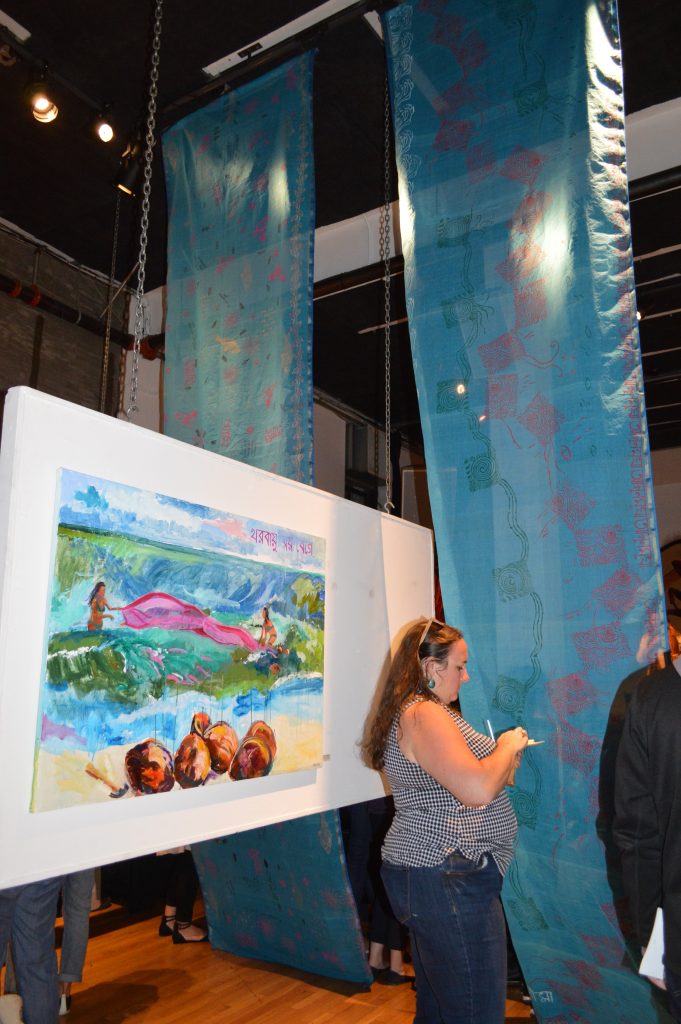 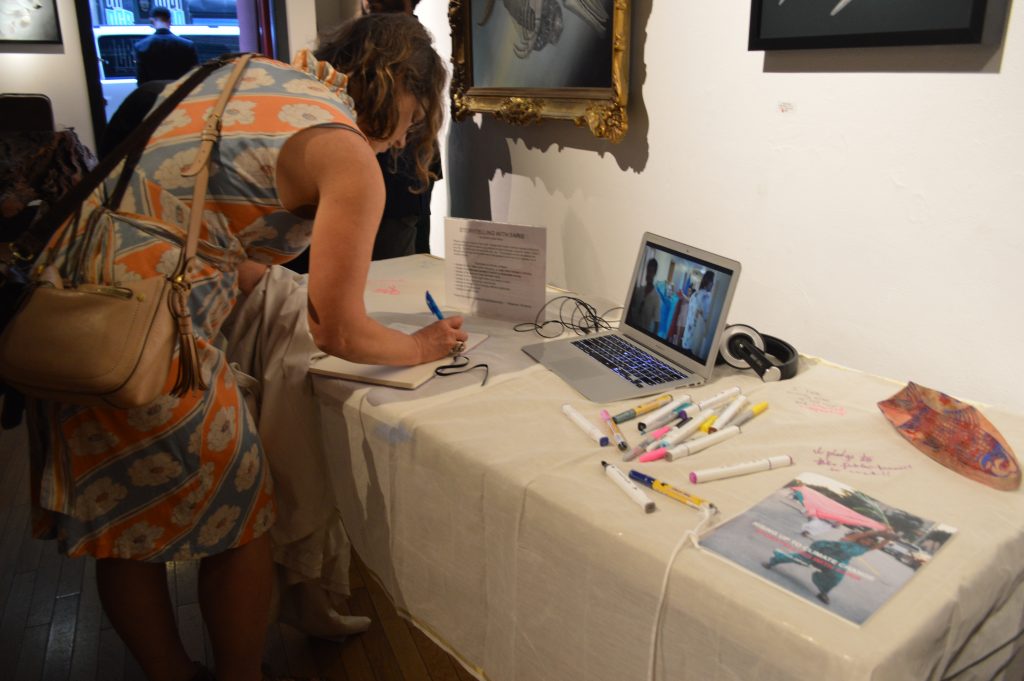 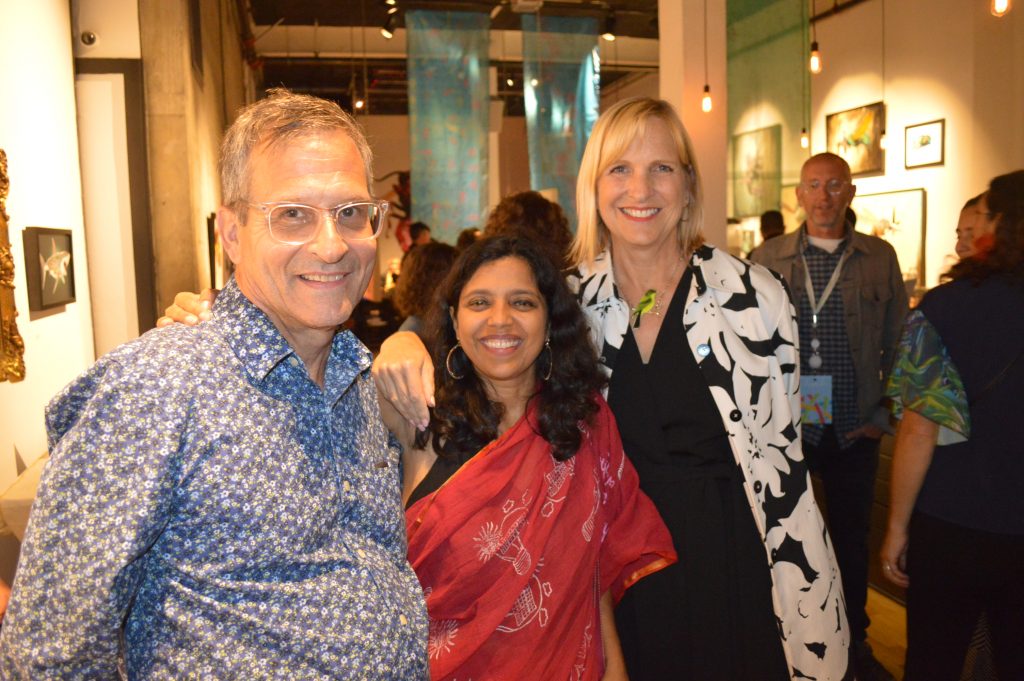 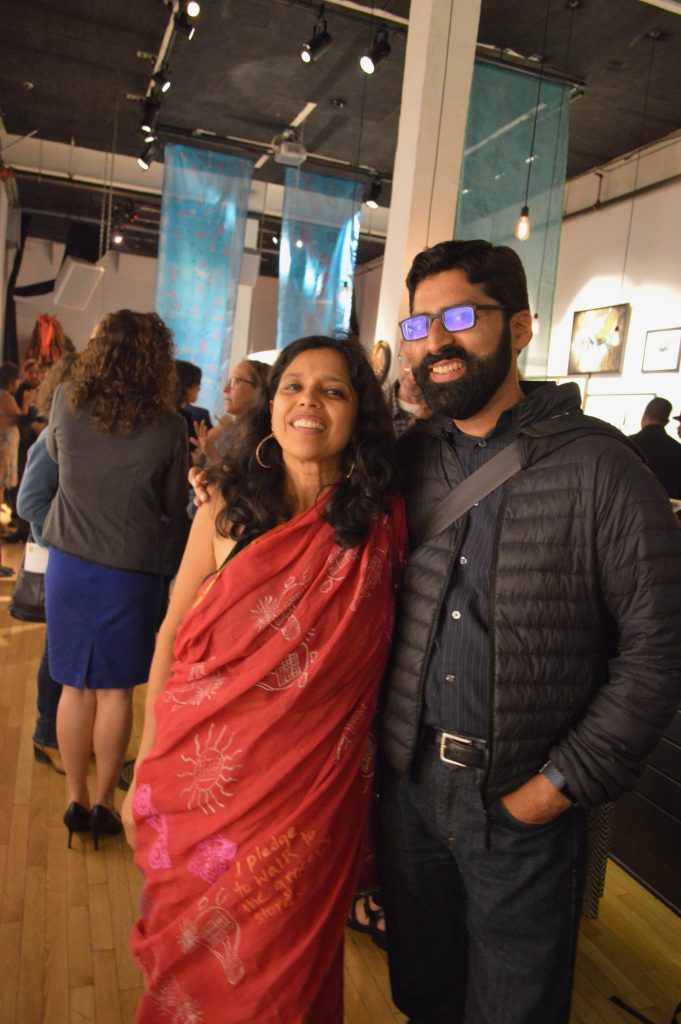