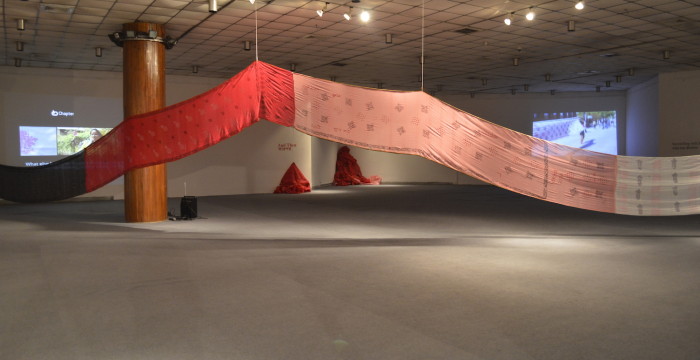 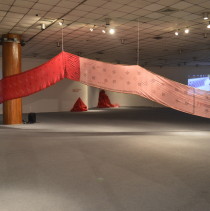 AND THEN at Bangladesh National Museum 1,552 comments

The installation AND THEN or ŕ¦¤ŕ¦ľŕ¦°ŕ¦Şŕ¦° ended last night at the Bangladesh National Museum in Shahbagh, Dhaka. Even in the tense political climate with molotov cocktails being set off daily, throngs of people came through the exhibition, which was housed in the ground floor massive gallery called Nalini Kanti Bhattashali Gallery. My daughter Koli was a huge help in putting the installation up and had fantastic ideas about how to design the exhibition.

October 13 was the first day of Spring here and huge crowds came by, the women dressed in yellow with marigolds in their hair. They were surprised to see this massive stretch of sari in the Museum but were curious and would touch the fabric and move beyond to look at the two videos being projected on the walls. The Her Words: Storytelling with Saris film was showing on one wall, depicting the 12 women of Katakhali writing, printing, and painting on the saris while speaking about their lives. On another wall, there was a pronection of the five-minute video of the New York Sublime Virtue performance at the DUMBO Arts Festival with the South Asian Women’s Creative Collective.

I really enjoyed interacting with the ordinary folks who came by the Museum, all dressed up for their outing. Many of them asked me questions and were moved to hear about the project. They were extremely curious about the performance being shown on the video and promised to come back to see the live performance on Valentine’s Day. 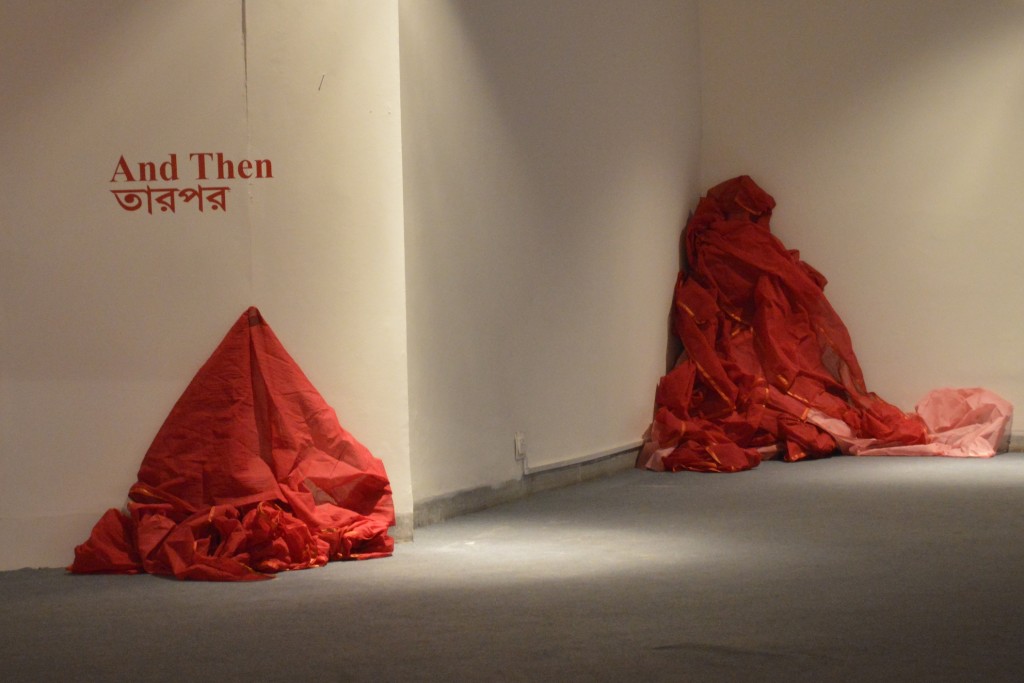