Our first feature-length film WRAPture: A Public Art Project (48 minutes) was premiered at the Kennedy Center’s outdoor REACH pavilion in 2021 at a joint event with the Smithsonian and another screening at the Dhaka Art Summit on February 9, 2023.  We are currently working on a several feminist film about climate change in Bangladesh and around the world.  The short film Rising up to Climate Change: Storytelling with Saris has been shown around the world and was supported by many including Victoria Zenner, Sangeeta Mookherji, and Anita Jahan Bose. 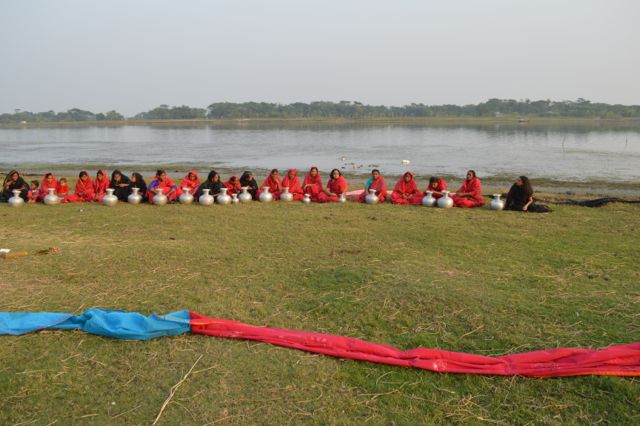 Below is a link to our 2013 three-channel video installation, made into a single-frame film for the web. It was designed to be projected onto saris.

Her Words: Storytelling with Saris: Teaser