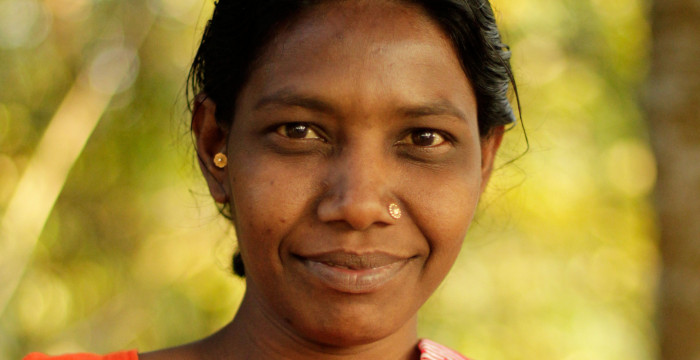 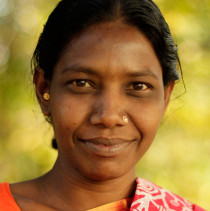 Khuku Rani was born in Modhukhali Village, Barobaishdia Island in approximately 1978. She works full time as a staff-member of the cooperative and takes care of the grounds and the housekeeping. She was one of two children and never went to school. She got married around age 15 and has three children: Komela (a girl, born 1993), Ujjal (boy, born 2000), and Hasan (boy, born 2002). Her daughter Komela studied up to grade five, got married at age 15, and has a two year old child. Khuku’s husband is much older (around age 50 or 60).

Khuku lost her home, her cow, and her goat during cyclone SIDR. She had already been a part of the cooperative for many years. She received a new home from Samhati after SIDR. Khuku has learned how to read and write from the literacy classes. She is an early reader and is very proud that she can sign her name. She has also received training in farming and embroidery. She grows potatoes, beans, and vegetables. She also raises chickens and ducks. She is pleased that the cooperative is now being run by local leadership. Khukhu Rani moved to Dhaka in 2014 and attended the Her Words exhibition in Dhaka in 2014.