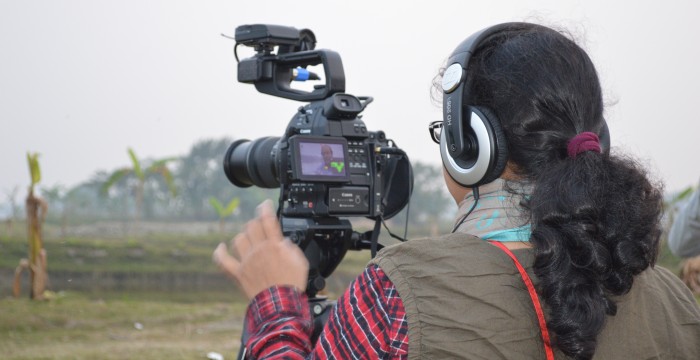 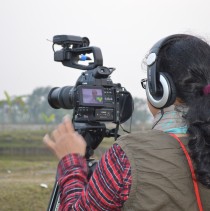 Shefali Akter Shetu founded and manages Aperture, Ltd. in the roles of Managing Director, Photographer and Documentary Filmmaker. Since 1999, she has edited video and photography for Drik, SARPV, Panos Bangladesh, and World View International Foundation. In 2005, Shetu was given the Meena Media Award for the best documentary from UNICEF. She was also nominated for the best children’s film at Oberhausen Film Festival in 2004 for “One Lokman”, a documentary about a child street singer. In 2007-2008, she worked in India for DrikIndia through a professional skill sharing exchange program by Fredkorpset. Born in Comilla, Bangladesh, she now lives and works in Dhaka, Bangladesh. In December 2015, she joined the Storytelling with Saris team by filming on location in Katakhali. She is serving as editor on the upcoming film “Rising up to Climate Change.”