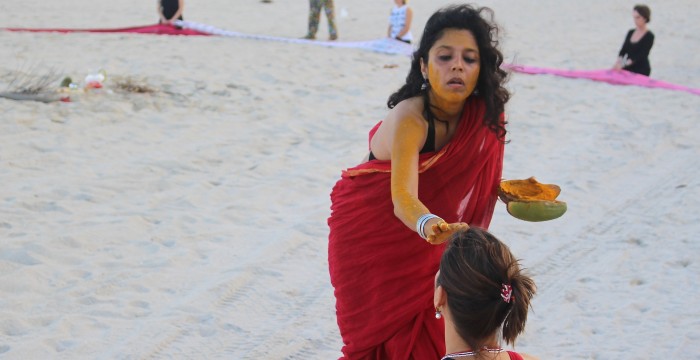 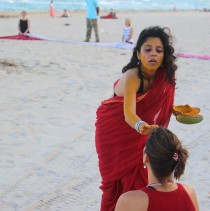 Wrapping and unwrapping, leaning on others, moving out of SELECT onto Miami Beach.
Wind lashing a 216-foot sari.
Linked with strong women. And their beautiful children.
Sand under our feet. Sounds of roaring ocean and wind.
Coconut palms bracing the wind.
Lashed by the wind and sand. Forming a sari circle in the sand, against the stormy wind.
Invoking strength with fire, water, coconuts, turmeric.
Ceremonial gestures to mark our presence, our impermanence.
Turmeric blowing in the wind.
Rice, turmeric, sand, coconuts, on a steel dinner plate. Set on fire with a sari and a coconut frond. Walking seven times in circles. As in Hindu funeral and marriage rites. Same steps that I took for my father’s funeral. This time speaking to destruction of food, crops, land, and heritage.
Water puts out the fire.
Water and turmeric mixed in coconut bowl, signifying cleansing, renewal. Putting turmeric paste on the body as in Bengali gaye holood before marriage. Initiation and purification.
Writing on small pink sari piece with turmeric — “do not fear” in Bengali. Pouring water on words and drinking as in Muslim ritual common in Africa as well as Katakhali, Bangladesh.
Red sari. Red flag. Strong currents.
Offer rice to the rising sea.
Wash the red sari in the ocean. Blood in the water.
Enter the water. Immersion. Baptism. Renewal.
Beating the sari, whipping the rising sea.
Floating, fighting, drowning, reemerging.
Sari from Bangladesh against the rising ocean in Miami Beach.
Rising up against climate change.
In silent resilience.

Supported in part by a grant from the DC Commission on the Arts & Humanities, which is funded in part by the National Endowment for the Arts. 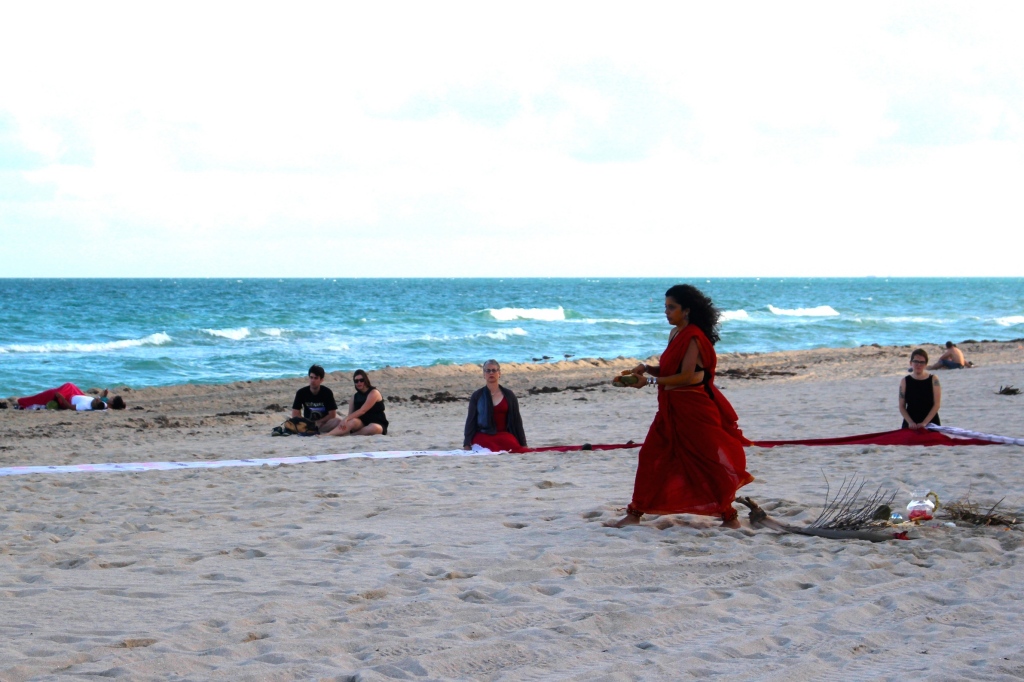 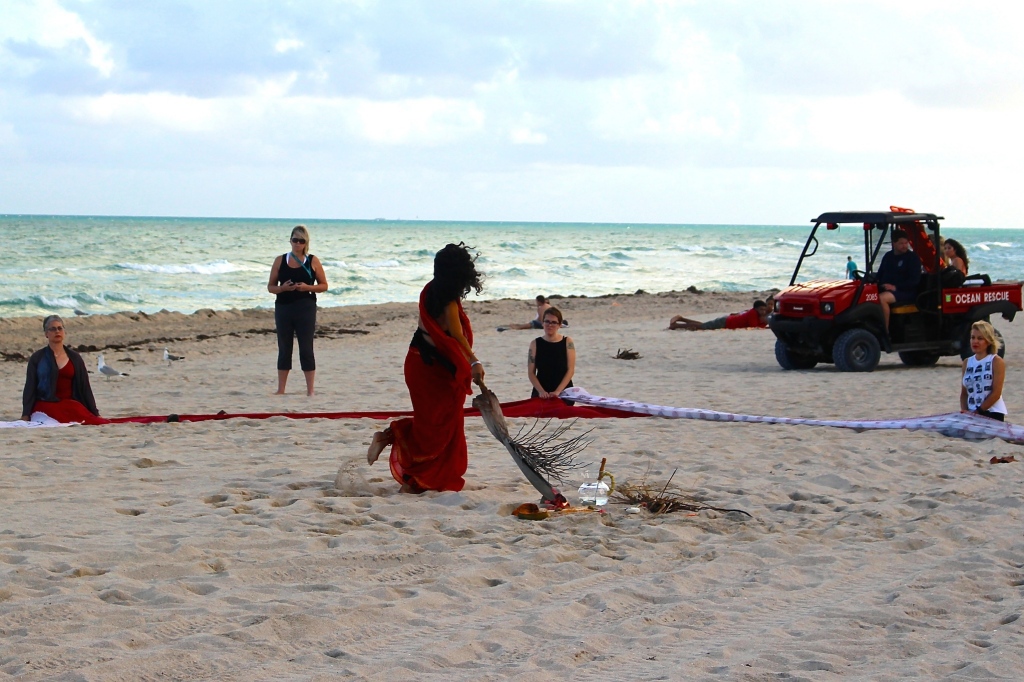 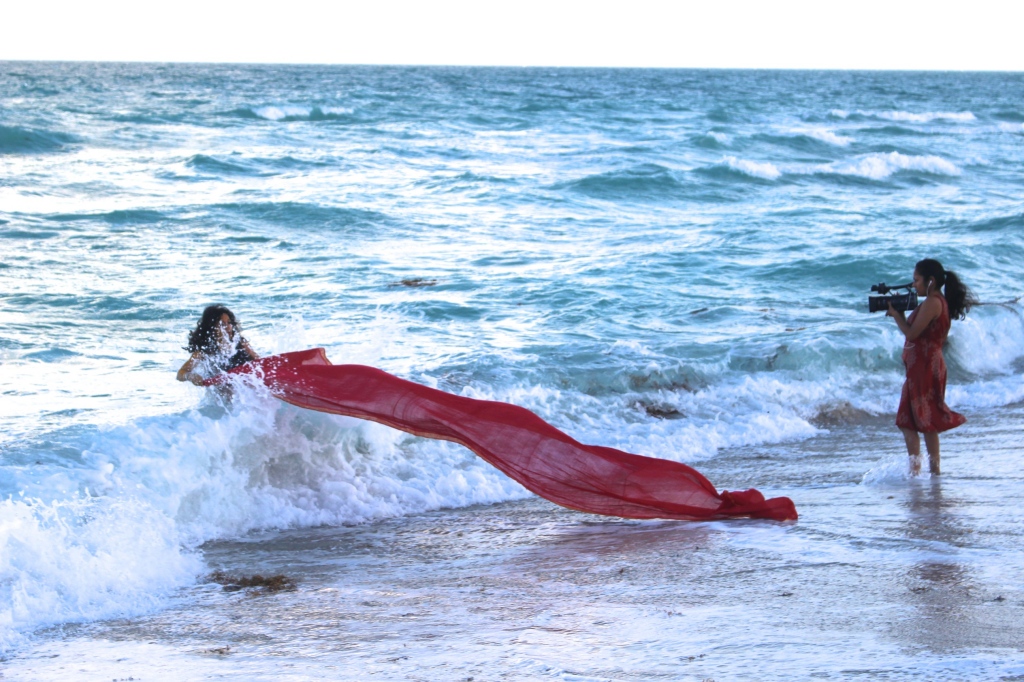 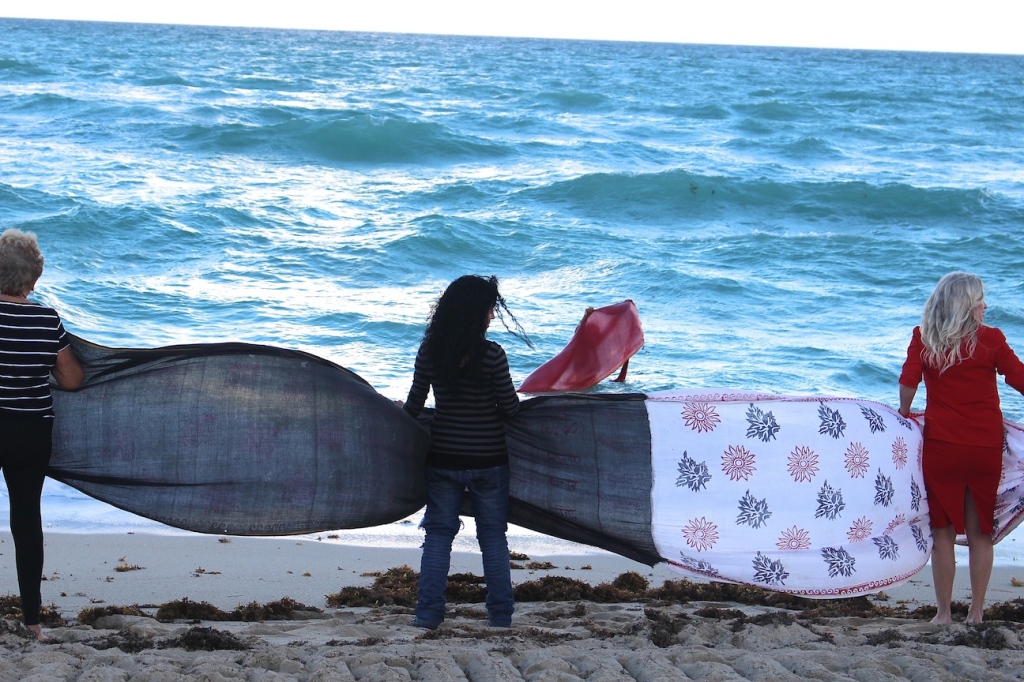 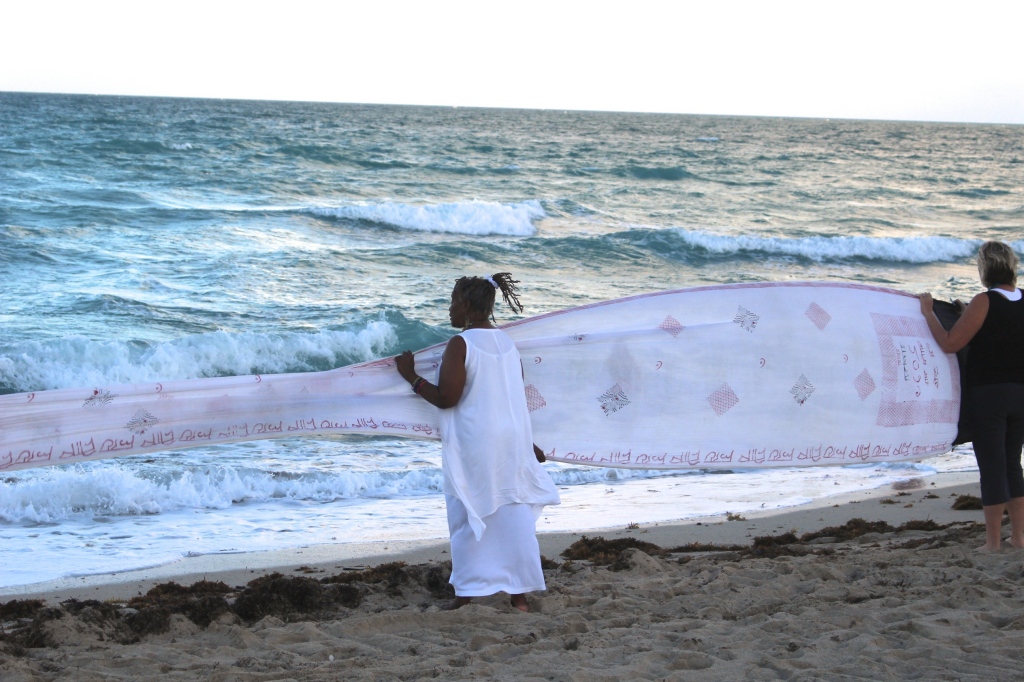 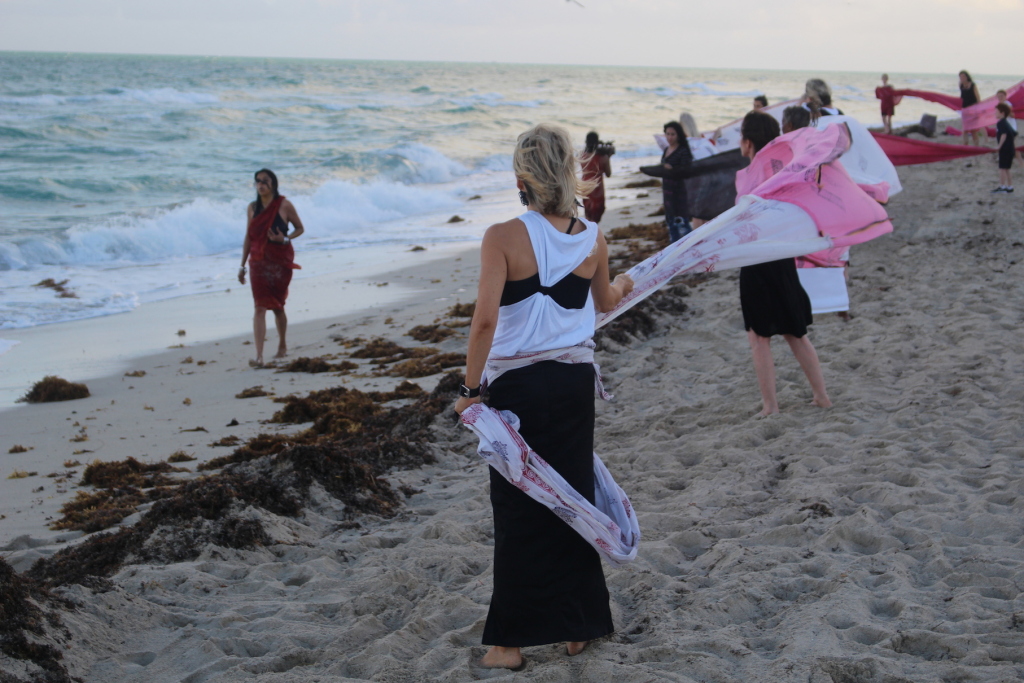