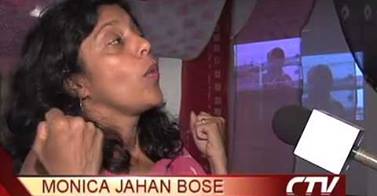 We were on DC public radio this morning on their daily ArtBeat show. Follow this link.

Our DC intern Kerin Backhaus has written an article about Bus Stop Bangladesh, which was featured in this weekend’s Dhaka Tribune, a leading English newspaper in Bangladesh. Please check it out! Here is the link to it.

For Immediate Release from Art Lives Here: BUS STOP BANGLADESH is a three-part public intervention held on June 4th, 12th, and 19th from 5 to 7:30 pm outside the bus stop at Mt. Rainier City Hall featuring the stories and art of 12 women from...

by Monica Bose on May 28th, 2013
Events, Performance, Press, Updates

Our Kickstarter campaign in Dhaka News!

Our Kickstarter fundraising campaign is in the DhakaLive Section of the Independent Newspaper in Bangladesh!

A three-page article about Storytelling with Saris has just come out in a leading women’s magazine in Bangladesh called Annanya. The article is in Bengali and describes the collaboration and the trip to Katakhali in great detail and includes several photos. The article starts with...

Her Words: A Merger of Art and…

Check out the feature article in Dhaka Live, the Independent,